How to Tell When ObamaCare Takes a Beating in the Kaiser Poll: the Headline Is about Something Else


Even when pollsters tell the public that ObamaCare is “reform,” the public still doesn’t like it. 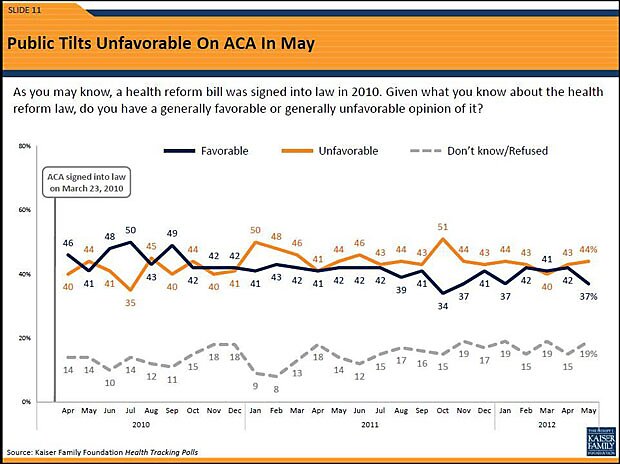 ObamaCare’s slip in this month’s poll is the result of a simultaneous drop in support among both Democrats and Independents. 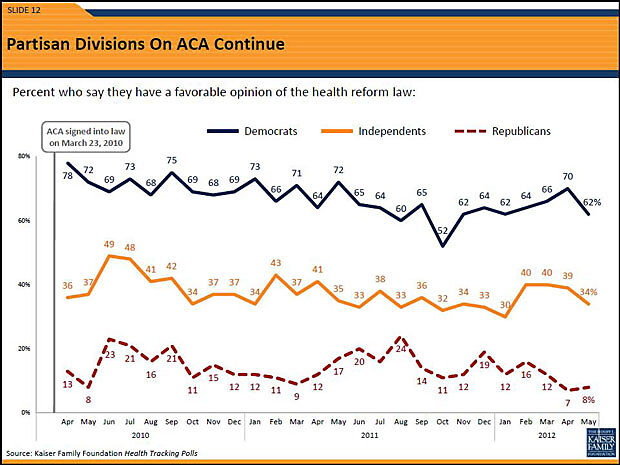 The people who hate ObamaCare are really, really angry. And they are not going away. 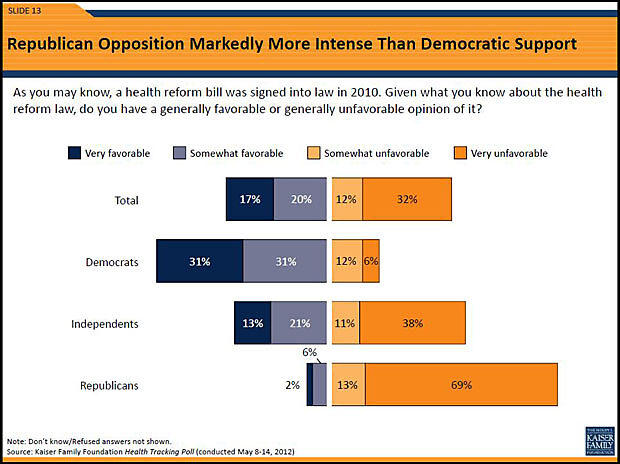 The following shares of voters believe ObamaCare will either be of no use or will be harmful to the following groups: children (47 percent), young adults (51 percent), women (50 percent), the country as a whole (55 percent), themselves and their families (68 percent). 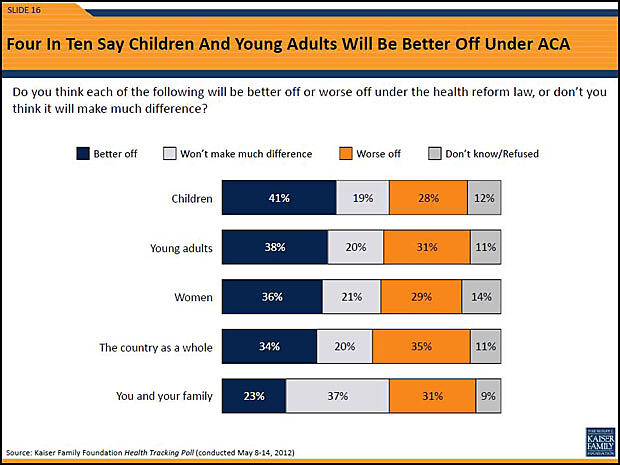 Bear in mind, ObamaCare has always fared better in the Kaiser tracking poll than other polls.