How Large Is American Government?

America’s strong economic growth and high living standards were built on our relatively smaller government. U.S. per capita income is higher than nearly all major countries and our government spending is still somewhat less.


However, America’s lower‐​spending advantage has diminished. The OECD publishes data on total federal‐​state‐​local government spending as a percentage of GDP for its member countries. The chart shows spending for the United States and for the simple average of 30 OECD countries which have data back to 1995. These are high‐​income countries such as Canada, Germany, and Japan.


A number of high‐​income nations have smaller governments than does the United States, including Australia, Ireland, Lithuania, South Korea, and Switzerland. 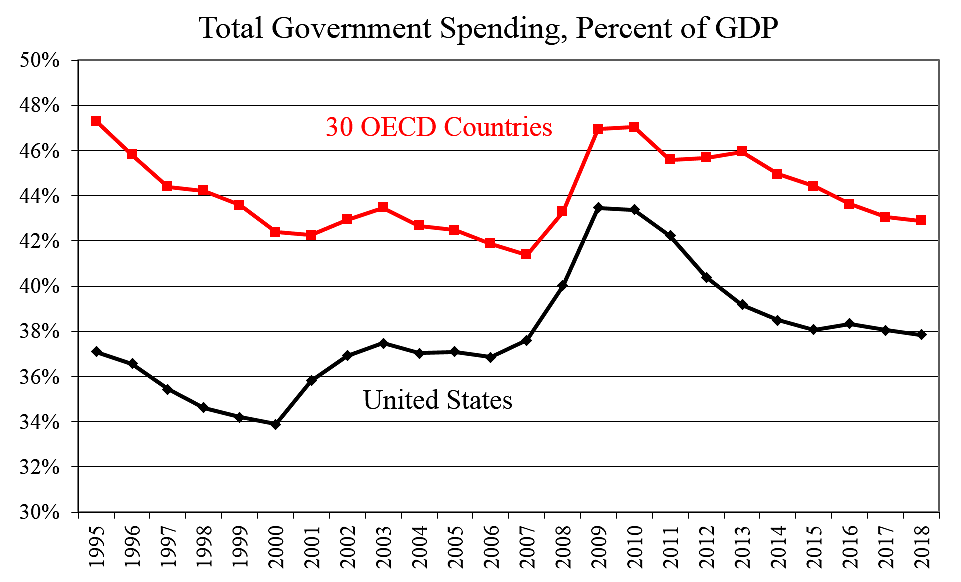