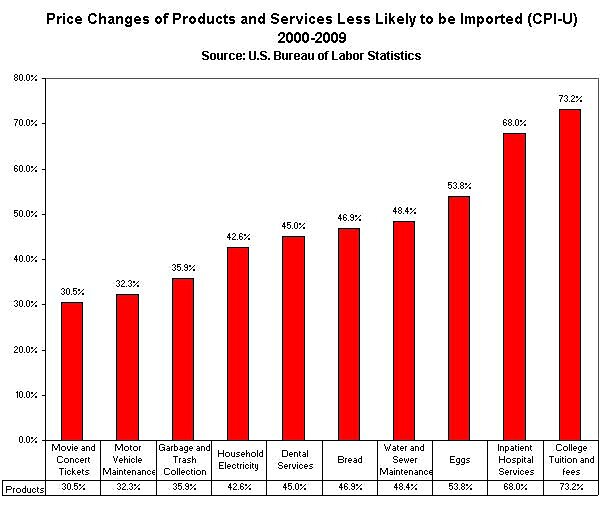 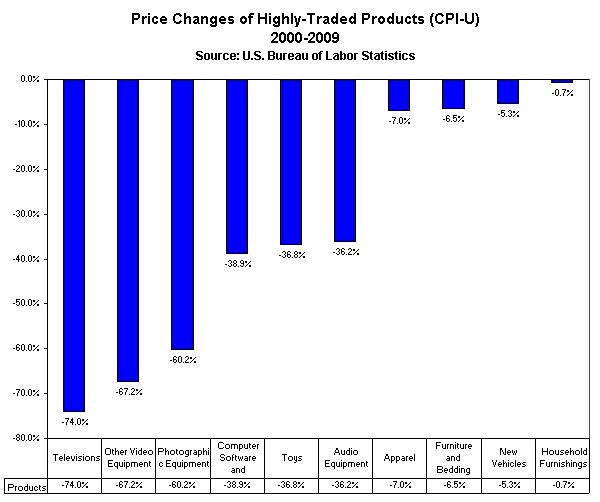 There is lots of competition from foreigner suppliers for the dollars we spend on televisions, photographic equipment, computer software, toys, clothing, furniture, automobiles, and furnishings, but virtually no such competition for our expenditures on movie tickets, auto repairs, dental services, trash collection, household electricity, medical services, and college tuition. And prices have responded accordingly.


Of course most individual consumption baskets include products from both of the charts above. The lesson here is that if we want to see prices kept in check, we should stop demonizing imports and stop throwing obstacles in their path. And we should do what we can to encourage more competition—both foreign and domestic—because more and taller blue bars, and fewer and shorter red bars, help raise real incomes.


* The CPI changes for “All Items” and all of the products listed in the subsequent charts were calculated from Bureau of Labor Statistics data by averaging the official CPI-U figures for the years 2000 and 2001, and comparing that result to the average CPI-U figures for the years 2008 and 2009. This was done to mitigate the effects of any anomalous price spikes or troughs in the first or last year of the decade.