I testified to a House committee today on Department of Energy (DOE) loan programs. These were the Bush/​Obama‐​era subsidies to Solyndra and other renewable energy businesses.


I discussed five reasons why the loan programs should be repealed:


1. Four Decades Is Enough. The federal government has been subsidizing solar and wind power since the 1970s. These are no longer the sort of “infant industries” that some economists claim need government help. Solar and wind are large and mature industries, and they already receive subsidies from state governments, particularly in the form of utility purchase mandates, which are in place in 29 states.


2. Failures and Boondoggles. The DOE claims that Solyndra’s bankruptcy was the exception, and that the agency’s overall loss rate on loans is low. But as an economist, I’m more concerned with whether the overall benefits of projects outweigh the costs, and that appears not to be the case for numerous projects. The Ivanpah solar project in California, for example, is producing less electricity and consuming more natural gas than promised, and its cost per kwh is at least three times more than for natural gas plants.


3. Corporate Welfare and Cronyism. The Washington Post found that “Obama’s green‐​technology program was infused with politics at every level.” Public opinion polls have shown plunging support for both politicians and big businesses over the years, and one of the reasons is such cronyism. Businesses and policymakers would gain more public respect if they cut ties to each other by ending corporate welfare.


4. Private Sector Can Fund Renewable Energy. Most DOE loan guarantees have gone to projects backed by wealthy investors and large corporations, such as Warren Buffett and General Electric. Such individuals and companies are fully capable of pursuing energy projects with their own money. Buffett’s Berkshire Hathaway has invested $17 billion in renewable energy since 2004. With that kind of private cash available for renewables, we do not need the DOE handing out subsidies.


5. Subsidies Distort Decisionmaking. Federal energy subsidies create counterproductive incentives in the economy. For example, subsidized firms tend to become slow and spendthrift, thus subsidies undermine productivity. Also, because subsidies are not driven by consumer demands, they can induce firms to invest in activities that will not succeed in the marketplace in the long term.


You can watch the full hearing here. My testimony is here. More background on energy subsidies is here. 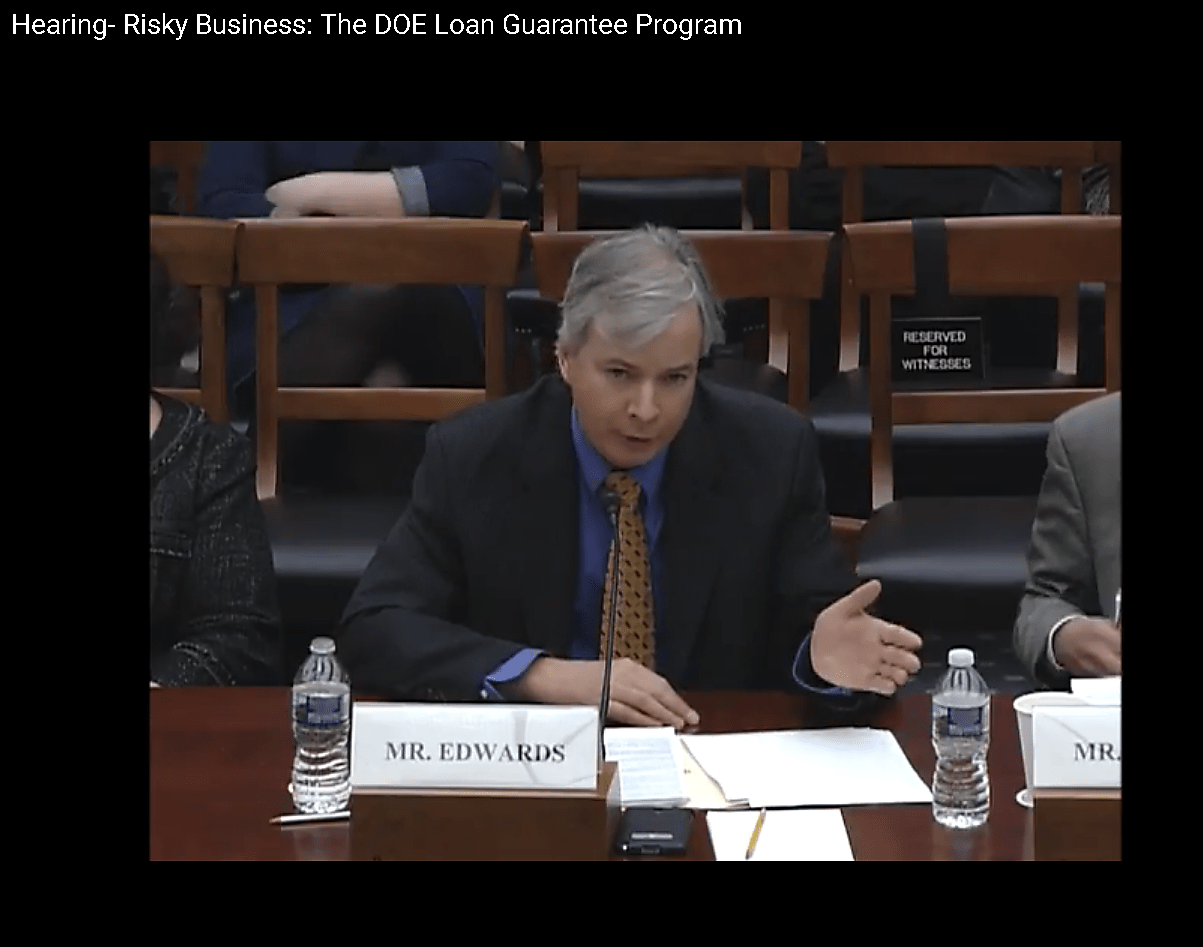