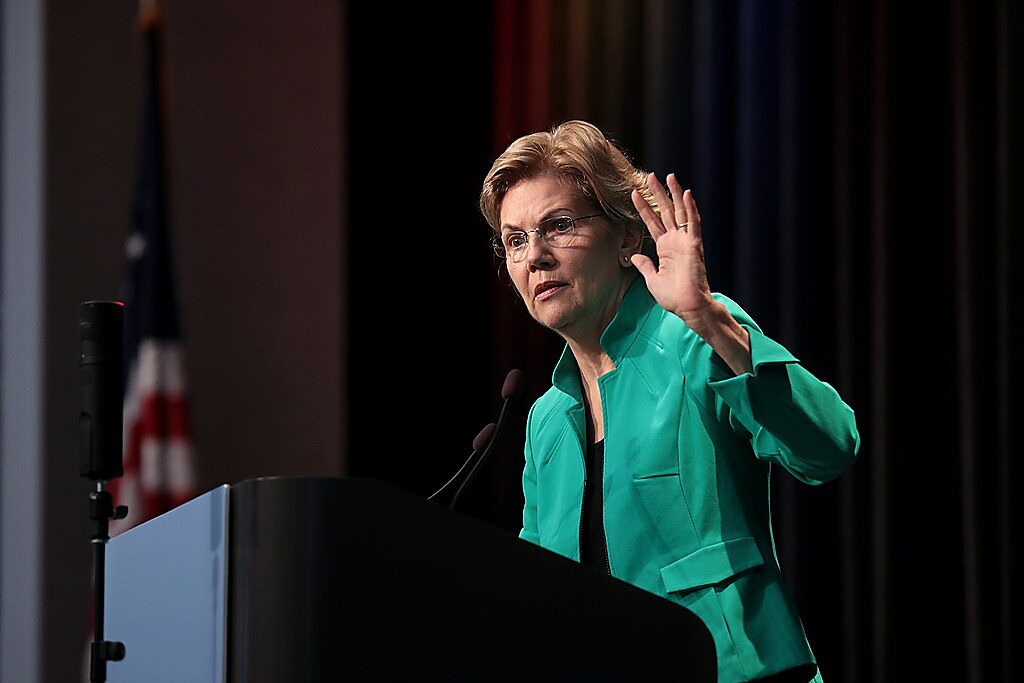 This morning, presidential candidate Elizabeth Warren released her plan, or at least its general contours, for K-12 education. There are a few marginal positives in it, but for the most part, at least based on my first, quick reading, it is exactly what you’d expect: spend a lot and attack school choice. All this while ignoring the Constitution, which simply does not authorize the vast majority of what Warren wants to do.

Foremost among the decent things, Warren’s plan opposes high‐​stakes testing. Holding schools “accountable” using standardized tests has been central to federal policy since the advent of No Child Left Behind in 2002, peaking with the Common Core around 2011. It took a hit with the reauthorization of No Child—renamed the Every Student Succeeds Act—which reduced how many schools stand to be punished for poor scores. But uniform standards and testing at the state‐​level are still mandated by federal law, and it appears Warren would end that.

Alas, even this good thing is accompanied by a fair amount of bad, as the plan sounds like it would not only end federal testing mandates, it would mandate that no high stakes tests be used. “As president, I’ll push to prohibit the use of standardized testing” for making any “high‐​stakes decisions,” sayeth the plan. So Warren would continue onerous federal control, only to impose her anti-testing view of how education should work.

Warren would also end the Charter Schools Program, which spends about $440 million annually to help charter schools find and develop buildings, create new schools, etc. As we’ll see in a moment, this is almost certainly included because Warren thinks school choice has gone too far. But ending unconstitutional programs, which also give tuition‐​free charters another competitive advantage over private schools, is nonetheless the right thing to do.

In addition to these things, Warren calls for decriminalizing truancy—it’s generally a good idea to avoid criminalizing everything—and also puts some emphasis on using magnet schools to promote school integration. That at least suggests she recognizes that sustainable integration must be chosen.

The primary problem with the Warren plan—other than its root failure to obey the Constitution—is its promise of massive increases in federal spending, especially quadrupling funding under Title I, from about $16 billion per year to $61 billion. She would also use the lure of extra federal taxpayer funding to coax increased state taxpayer outlays, though I couldn’t find specific figures for what the matching ratios might be.

In addition, she would increase federal spending for students with disabilities from about $13 billion annually to $33 billion. She would also create new “Excellence Grants” at $10 billion per year for districts to spend on programs they believe are important. Last but not least among the big ticket items, she would spend an additional $50 billion on school infrastructure. Assuming the last item would be over 10 years—the plan doesn’t say—all told, that’s about $80 billion in new funding per year, or $800 billion over a decade.

A big problem is that there is little evidence that massive increases in federal spending will produce anything like commensurate improvements in outcomes. We also know that reports of crumbling schools are greatly exaggerated. And with a $23 trillion national debt, how will this all be paid for?

Warren’s answer is a wealth tax. It’s a proposal that not only demonizes the wealthy and fuels division, but which will almost certainly fail to produce the revenue she needs for this and many other plans. Taxpayers who are targeted will likely find loopholes and take their wealth to other countries, just as we’ve seen elsewhere.

The other Big Bad is the plan’s attack on school choice. Were Warren to propose having no federal funding for choice, that would be fine, though she should do the same for traditional public schooling. But she would go further. It appears that Warren would try to outright force charter schools to follow the same rules and regulations as traditional public schools, ignoring the whole idea of innovative schools freed of red tape in exchange for unique accountability plans and a need to attract students.

She would also, apparently, fight to make sure only school districts—those with whom charters try to compete—could authorize charters. She would also work to ban for‐​profit charter schools, and would sic the IRS on nonprofits that politicos suspect are acting like for‐​profits. This despite studies suggesting charters tend to work pretty well, especially in urban areas and on a cost‐​per‐​pupil basis, and that management companies can be beneficial. And for many charters, just responding to taxpayer‐​funded IRS fishing expeditions could prove to be crippling administrative and legal burdens.

At the same time Warren opposes choice that enables people to obtain education commensurate with their values and identities, she would put federal taxpayer money into curricula dealing with hot‐​button, values‐​laden topics as sex education and Native American history. This could easily inflame zero‐​sum culture wars and ensure the whole country is forced into combat.

Finally, among the plan’s larger problems, Warren promises to “eliminate the ability of states to pass anti‐​union ‘right to work’ laws.” She would have no presidential authority to do that, and it would seem to be a direct challenge to the recent Supreme Court Janus decision, which prohibited forced payment of non‐​member “agency fees.” Forced unionization would be an even greater violation of freedom of association and speech.

What’s in the Warren K-12 plan is not surprising. But it is still concerning.