One of the rationales commonly given for massively subsidizing our mortgage market is that without such homeownership would be out of reach for many households. Such a rationale implies that more debt should be associated with more homeownership. (Let’s set aside the obvious, how are you actually an owner without any equity?) 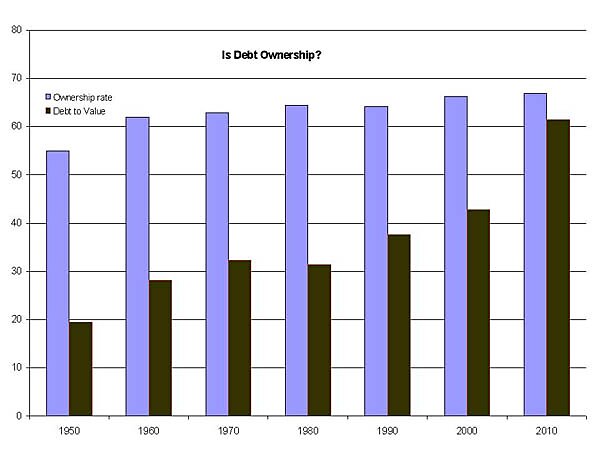