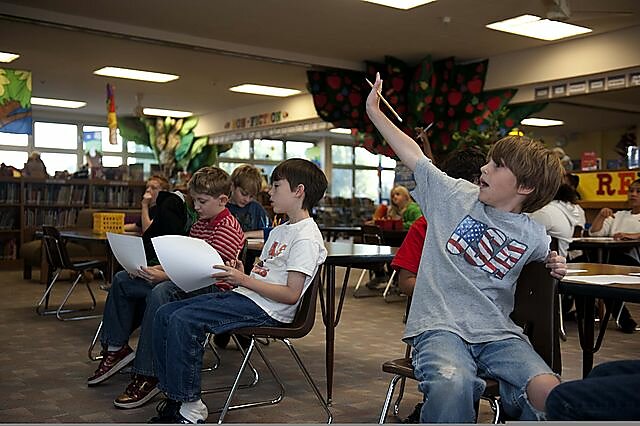 It is increasingly clear that the congressional GOP will be using school choice – especially charter schools – as an election‐​year weapon [$]. And certainly Republicans, Democrats, Independents, Greens – whatever – should support school choice because educationally, socially, and financially it is the right thing to do. But that doesn’t mean Republicans should ignore that the Constitution gives Washington no authority to meddle in education outside of controlling the District of Columbia, federal installations, and ensuring that states and districts don’t discriminate when they provide schooling.


Congressional Republicans’ primary vehicle for showing how much they care about choice is a bill – the Success and Opportunity through Quality Charter Schools Act (H.R. 10) – that would use $300,000,000 annually to expand charter schooling. Charters, recall, are schools authorized to function by public entities such as school districts or states, but that are run by ostensibly private entities.


The biggest threat that typically comes from federal funding, of course, is that regulation will follow. That said, as public schools, charters already have to follow federal laws such as No Child Left Behind, so regulation isn’t the primary threat from charter aid. No, it’s another major threat: unintended consequences. And the most dangerous – and real – of those consequences is the damage charter schooling does to private schooling, by far the truest form of school choice.


As a 2012 Cato analysis revealed, between 8 and 11 percent of all charter students, depending on the level of schooling, came from private schools. In urban areas the numbers are much more stark, with nearly a third of elementary charter students having been likely private schoolers. As a new Friedman Foundation report describes, the problem for private schools is a clear one: It is very hard to compete when parents think they are getting a private education at public school prices: $0.


It’s great if congressional Republicans, or anyone else, wants to talk up school choice. But the Constitution exists for a reason: to keep federal politicians from inflicting harm, even when they think they’re doing good.