The number of removals and returns is an approximation of the stock of the unauthorized immigrant population and flows. Many, but not all, of those removed or returned during this time period were funneled into guest worker visas. Beginning with the adoption of the Bracero program and the H2 visa in the early 1950s, there was a flurry of removals and returns whereby many migrants were funneled into the guest worker visa programs. After that, my thesis is that the large numbers of work visas decreased the number of apprehensions by shrinking the pool of unauthorized immigrants and channeling future ones into the legal system. After Bracero was ended in the mid‐​1960s, the number of removals and returns began a steady increase along with an increase in the stock and flow of unauthorized immigrants deprived of their previous lawful means of entry and work. 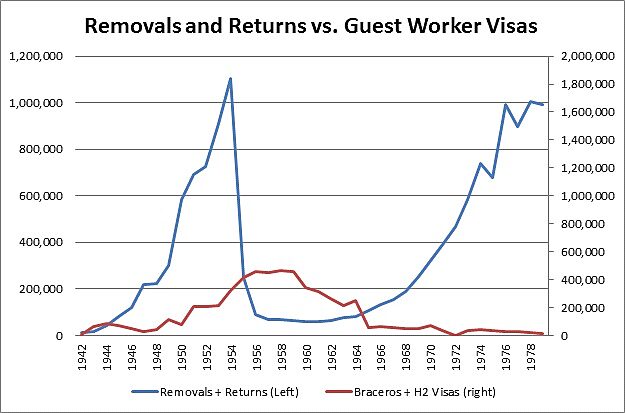 The more low skilled guest workers there are, the fewer unauthorized immigrants there are to deport.


Increases in Border Patrol and border enforcement are also unnecessary to get this result. By allowing unauthorized immigrants to get the work visas, by not punishing them or employers for coming forward, and by making work visas available to those who want to enter, almost all future and current unauthorized immigrants can be funneled into the legal market without a large increase in enforcement. This was the policy followed in the 1950s and it appears to have worked: 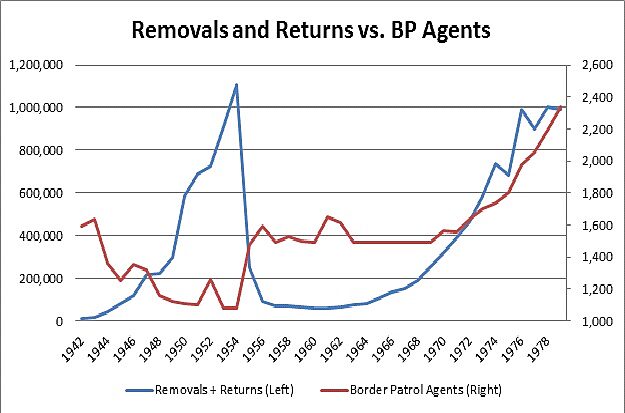 This chart zooms in on the 1942 through 1965 time period when the Bracero guest worker visa was in effect: 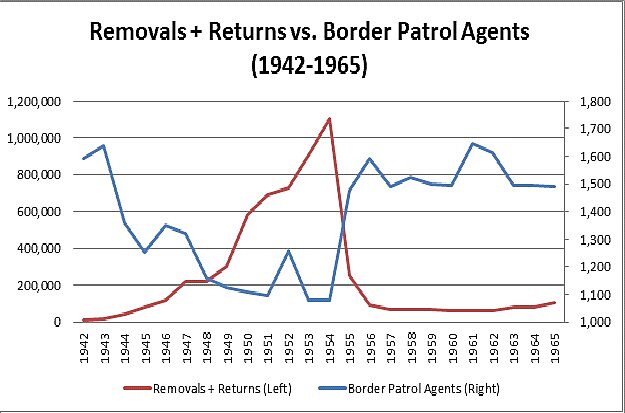 This is not to say that Bracero was a perfect program and that it should be replicated today. There were a lot of problems with it, namely that migrants were constrained in changing employers, migrants were limited to working only in agriculture, and the work visa was annual – all issues that should be fixed in any new lower skilled guest worker visa adopted. A lower skilled guest worker visa is indispensable to vastly reduce or even halt unauthorized immigration.