The Bureau of Economic Analysis issued revised national income accounts today, and the figures shed light on whether more government stimulus makes sense. Many economists, pundits, and policymakers claim that Congress needs to pass another large spending bill to sustain growth. The idea is that the economy is a car and spending by the U.S. Treasury and the Fed is the gas pedal.

However, the new economic data suggest that there is more to growth than a government gas pedal.

It is true that government spending in the third quarter was still at an elevated level. But the data does suggest that as we shrink government spending, the economy will continue to expand. The economy is not a car that needs government fuel, but an organism that adapts, improves, and grows automatically when the government leaves it alone. 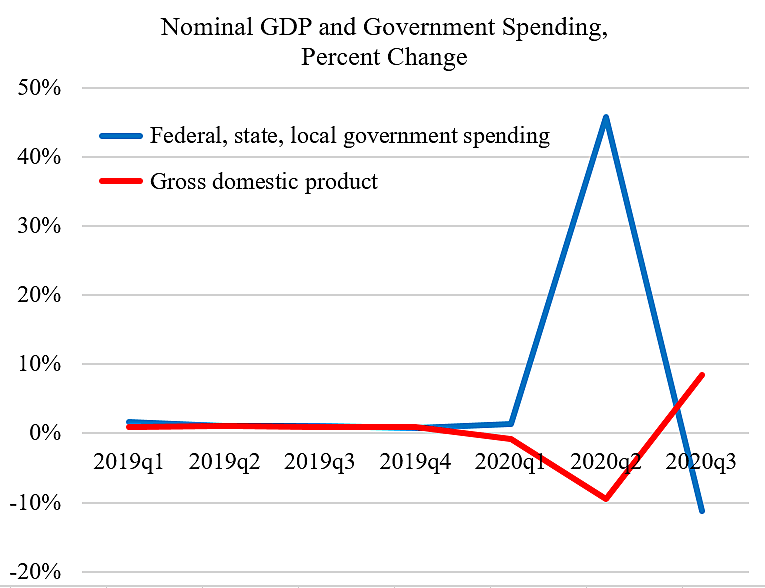