We have already imposed $6 trillion in new debt on future taxpayers in just two years. More spending would be reckless and extremely unfair as young people will have their own costs and crises to deal with down the road. Vaccinate people, repeal shutdown mandates, and the economy will recover by itself. That’s what market economies do. The government has already spent far too much.

The chart shows federal, state, and local government spending, with estimates for 2020 and 2021. It includes the almost $900 billion in relief spending passed in December, but does not include Biden’s proposed $1.9 trillion in new aid. If Biden’s plan passes, spending will easily top $9 trillion in 2021. Data are for federal fiscal years. 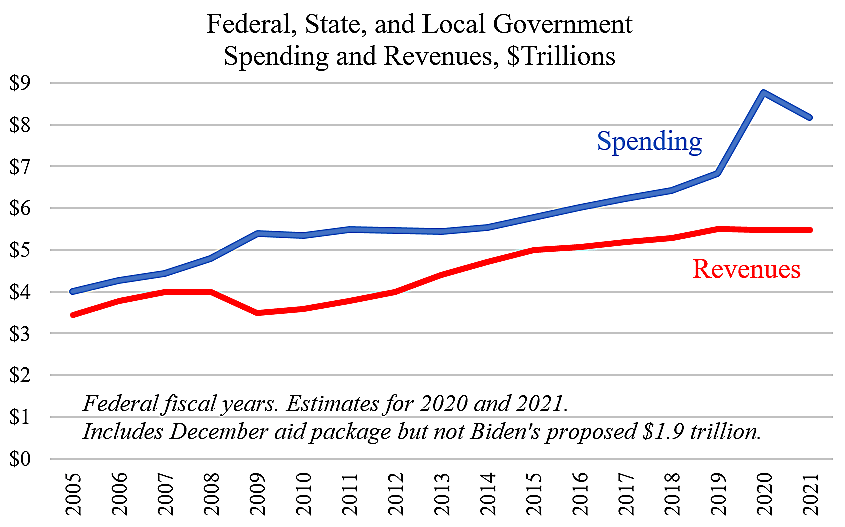 During the Great Recession, total government spending rose about $1 trillion, and then flatlined for a few years before rising again. This time, spending jumped about $2 trillion.