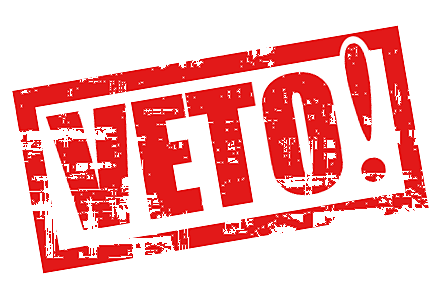 Today, New Jersey Gov. Chris Christie (R) became the latest governor to throw sand in the gears of ObamaCare, issuing an eleventh‐​hour veto of a bill to create an ObamaCare Exchange in New Jersey. An excerpt from his veto message:

While I am unwilling to approve the establishment of a statewide health insurance exchange at this time, I am mindful that the requirements of the Affordable Care Act still stand today and I intend to fully oversee New Jersey’s compliance in a responsible and cost‐​effective manner should its constitutionality ultimately be upheld by the Supreme Court… My Administration will continue this work and stands ready to implement the Affordable Care Act if its provisions are ultimately upheld.

Christie suggests he isn’t yet convinced that Exchanges are per se harmful. He also seems to suggest that if the Supreme Court upholds the law, creating an Exchange might be the best course for the state and that refusing to do so would put the state out of compliance with federal law–neither of which is true. But the veto message contains enough wiggle room for Christie to come out hard against any future ObamaCare Exchange.


Here’s hoping the Supreme Court renders all of this moot.