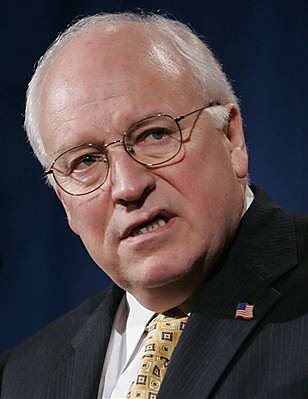 The Republican National Convention is just days away, so it’s relevant to point out that the longer big-government interventionists are associated with the GOP, the more terms like “limited government” and “free markets” will lose all meaning. One Republican who epitomizes the damage of this guilt by association is former Vice President Dick Cheney. He won’t be at the convention, but his message surely will be.Below are two arguments put forward by Cheney, the first about Iraq in 2002, the second about Iran in 2007:

Armed with an arsenal of these weapons of terror, and seated atop ten percent of the world’s oil reserves, Saddam Hussein could then be expected to seek domination of the entire Middle East, take control of a great portion of the world’s energy supplies, directly threaten America’s friends throughout the region, and subject the United States or any other nation to nuclear blackmail.

There is no reason in the world why Iran needs to continue to pursue nuclear weapons. But if you look down the road a few years and speculate about the possibility of a nuclear armed Iran, astride the world’s supply of oil, able to affect adversely the global economy, prepared to use terrorist organizations and/or their nuclear weapons to threaten their neighbors and others around the world, that’s a very serious prospect. And it’s important that not happen.

What is so remarkable about this vision proffered by Cheney is how it fails to elucidate precisely how either country threatens America’s interests or economic well-being. If one were to challenge the validity of Cheney’s claims, questions would include:

Cheney evokes the imagery of America spreading stability and peace, while his world view relies on aggressive militarism that destroys both. What is particularly appalling is his implication that the United States must protect “the world’s energy supplies” and “the world’s supply of oil.” Chris Preble has drawn on a rich body of literature that shows why such claims do not withstand scrutiny.

Remarkably, Cheney represents a Republican constituency supportive of free markets, and yet his world view contradicts basic free trade and free market principles. He believes that free markets thrive only when peace and stability are provided by the U.S. government—and there’s the rub.

Rather than a world of economic exchange free of the state and its interventions, government must enforce global order for free trade to occur. Cheney’s vision of free markets impels American expansion.

At its heart—and far from free market—the former vice president’s world view fulfills a radical interpretation of U.S. foreign policy. Cheney gives new life to the works of revisionist historians like William Appleman Williams, by propagating the pernicious notion that U.S. intervention abroad is required to control the flow of raw materials and protect America’s wealth and power.