A new study circulated by National Bureau of Economic Research suggests government‐​supported paid leave and other policies may not improve working women’s labor market outcomes relative to men, afterall. This is an important finding because advocates frequently suggest that government‐​supported paid leave would help close the gender gap in labor market outcomes.

The authors estimate the cost of childbearing on men’s and women’s earnings (known as “child penalties”) in the U.S. and five other countries including Denmark, Sweden, Germany, Austria, and the United Kingdom. The study builds on previous research that finds men and women’s labor market outcomes in egalitarian Denmark are roughly equal in terms of earnings, hours worked, and employment until men and women become parents. At that point mother’s earnings, hours worked, and employment diverge and do not recover, in spite of expansive government‐​funded social welfare programs including 50 weeks of paid leave and public child care.

The latest study finds the trajectory of women in the U.S. and other countries follow the same pattern. Notably, U.S. women fare better than women in three of the five other countries the study measures including the United Kingdom, Germany, and Austria.

In fact, the U.S. has a significantly smaller child penalty (31 versus 44 percent) for women than the United Kingdom, a country with generous social welfare programs including 39 weeks of government sponsored paid maternity leave. The U.S. also has a smaller child earnings penalty than Germany or Austria, countries where the state provides over a year of paid leave for mothers. 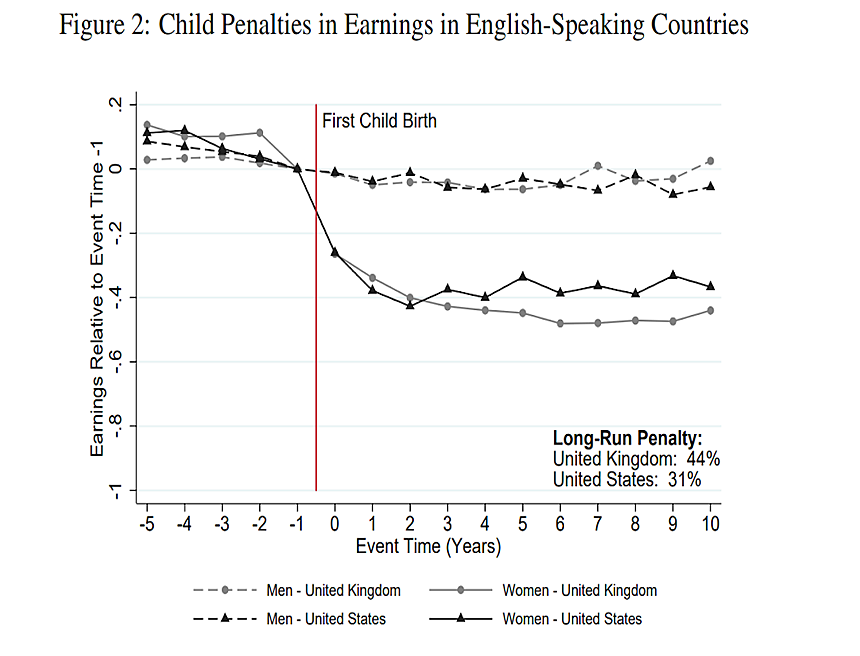 What explains the difference in child penalties, if not policies or programs? The study’s authors suggest gender norms and family culture likely play a key role in women’s labor market outcomes and cite previous work that finds women incur larger child penalties following childbearing if they grow up in households with a traditional division of labor. As the authors put it “The countries that feature larger child penalties are also characterized by much more gender conservative views.” 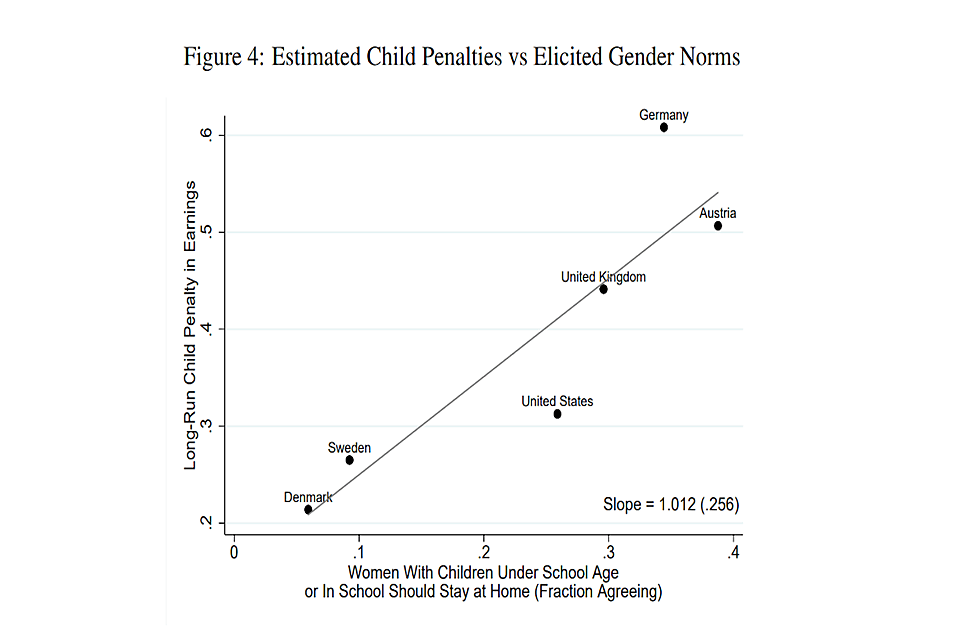 What does this mean for policy? Advocates have been quick to posit that a more expansive social welfare state would reduce gender disparities in the labor market, but recent research suggests that paid leave and related policies are unlikely to close the gap.