Devine’s conservative credentials are impeccable: a veteran of the Reagan campaign, he served as head of the administration’s Office of Personnel Management, where, as a Washington Post profile once put it, “at the mere mention of his name, federal workers grit their teeth and express fear and loathing.” He was also an early and vocal critic of the George W. Bush administration for enabling massive government growth, “fueled by neoconservative dreams of empire and which threatens the whole project of American liberty.”


How can the Right recover from the wreckage of the Bush years? In America’s Way Back, Devine makes “the case for 21st century ‘fusionism’” — a reinvigoration of the Cold War–era conservative‐​libertarian alliance that employed “libertarian means for traditionalist ends.” 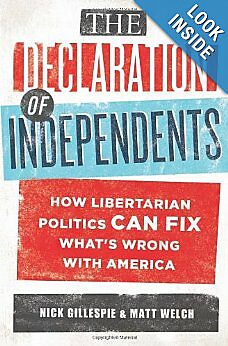 He can expect some friendly pushback from our commentator, Reason magazine editor Matt Welch, a fusionism skeptic who has (with Reason’s Nick Gillespie) argued that traditional political groupings are fast becoming moribund, and the rise of political “independents (especially of the libertarian flavor) hint strongly that another form—something unpredictable, fantastical, liberating—is gathering to take their place.”


I’ll be moderating what promises to a lively discussion on libertarianism, conservatism, and the future of the Right. Register now!