On Fox News last night, Megyn Kelly agreed with her guest James Kallstrom that the FBI needs a larger budget. The horrific attack in Orlando has raised the issue of whether the FBI has sufficient resources to investigate potential terrorists.


I don’t know how large the FBI budget should be. The agency does fill a lot of crucial roles, including tackling never‐​ending corruption in federal, state, and local governments.


But I do know that the FBI has not been starved; its budget has grown rapidly. The chart, from Down​siz​ing​Gov​ern​ment​.org, shows that FBI spending in constant 2016 dollars has more than tripled since 1990, from $2.7 billion to $9.1 billion. 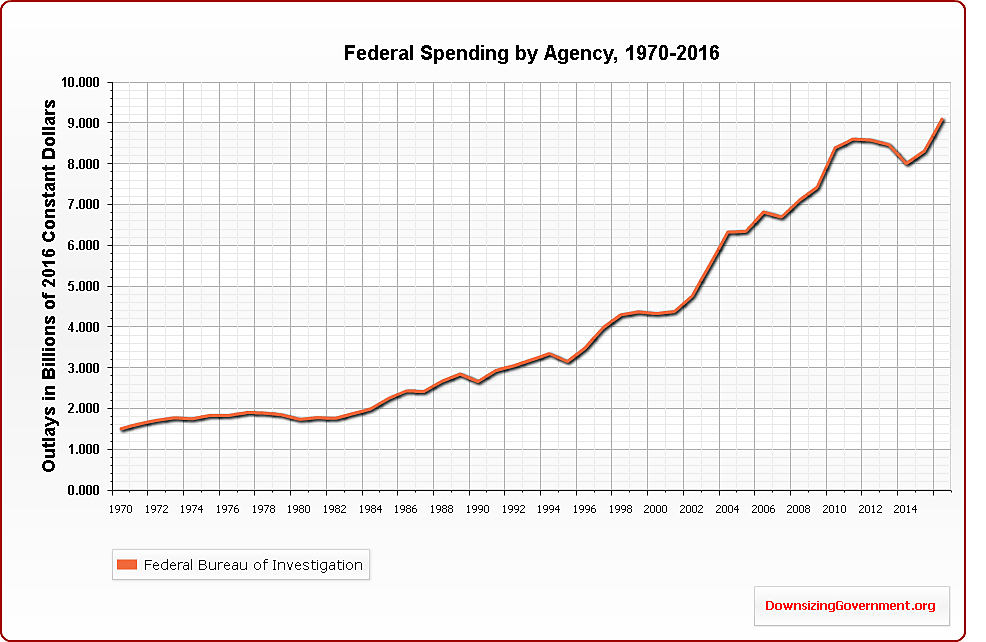