Friedman and Hanke on Bitcoin

In 2008, Bitcoin was mysteriously introduced to the world in an obscure, technical paper written under the pseudonym Satoshi Nakamoto. By late 2013, the financial press was filled with reportage on Bitcoin and its dramatic price increase.


Well ahead of Satoshi Nakamoto, Nobelist Milton Friedman, champion of free market economics and noted expert on money and banking, anticipated the coming of digital currencies, and foresaw the potential impacts that they would have on finance and economics.


In a 1999 interview, Prof. Friedman concluded:

I think that the Internet is going to be one of the major forces for reducing the role of government. The one thing that’s missing, but that will soon be developed, is a reliable e‐​cash, a method whereby on the Internet you can transfer funds from A to B without A knowing B or B knowing A. The way I can take a $20 bill hand it over to you and then there’s no record of where it came from.


You may get that without knowing who I am. That kind of thing will develop on the Internet and that will make it even easier for people using the Internet. Of course, it has its negative side. It means the gangsters, the people who are engaged in illegal transactions, will also have an easier way to carry on their business.

Prof. Friedman’s anticipation of Bitcoin is truly remarkable. He even understood the concept well enough to anticipate something like the Silk Road scandal involving illegal Bitcoin transactions.


In April 2013, Nathaniel Popper of The New York Times reported on Bitcoin in an article titled “Digital Money is Gaining Champions in the Real World”. In his reportage, Popper asked me if I thought Bitcoin had the makings of a speculative mania like the 17th century Dutch tulip bulb frenzy. My response was clear and unambiguous: “To say highly speculative would be the understatement of the century.”


Subsequently, the price action in Bitcoin confirms my diagnosis (see the following chart). In January 2013, one could buy a Bitcoin for about $13. By late November, one Bitcoin would have set a buyer back over $1100. And what about Bitcoin’s price volatility? As shown in the chart, Bitcoin’s volatility is truly fantastic. 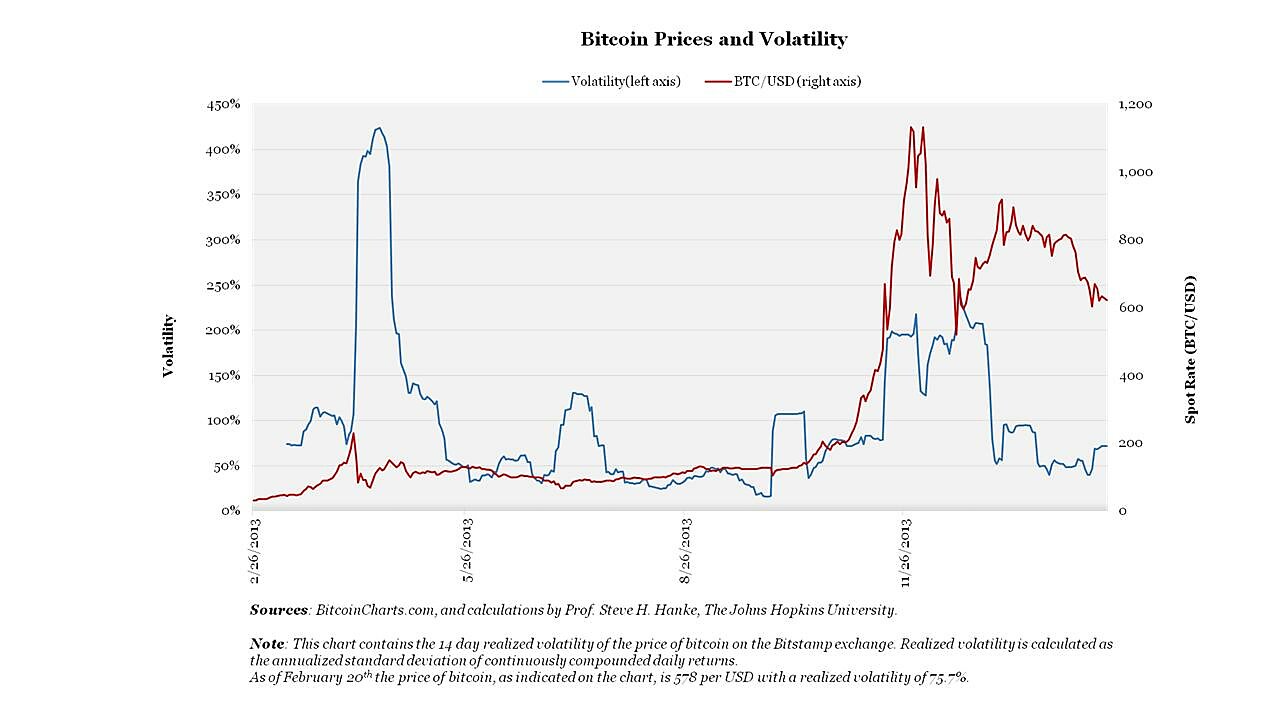