The Freedom’s the Thing 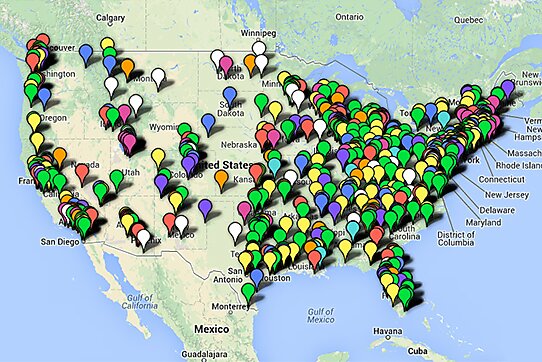 We are in the midst of National School Choice Week, and much of the talk is about test scores, helping poor children access better schools, getting more bang for our bucks, and lots of other, very worthy, important things. But something often seems to get lost in the shuffle not just of School Choice Week, but the overall choice and education debate: freedom. The most fundamental American value is liberty – individual freedom – and not only is an education system rooted in free choice the only system consistent with a free society, it is key to peaceful coexistence among the nations’ hugely diverse people.


That only an education system rooted in free choice is consistent with a free society should be self‐​evident. Should be, but isn’t, with “social reproduction” – shaping the young to conform with and perpetuate present society – thought by many to be a primary purpose of education, and one which must be controlled by government. As long as a “democratic” process is employed – often poorly defined as some sort of vague, deliberative/​majoritarian system – then all is well.

But all is not well. While in the abstract it might be easy to say “this is the society we want to reproduce,” the reality is that Americans simply do not agree on what norms, values, and facts they want their children to have and know.


Perhaps worse than the fighting, though, is the means to achieve peace. If we want to avoid conflicts, it often requires, as Stephen Arons pointed out almost two decades ago, that people violate their consciences, an outcome that should be avoided at all costs in a free society. Should we make a religious person fund condom‐​distribution programs they find immoral? Or require someone to subsidize history curricula they feel disparages their ethnic group? Or make a Muslim family pay for schools that take off Christmas, but are in session on Islamic holidays? The answer to these and many other such questions is an emphatic “no.” We should – we must – let people freely choose educational options that comply with their values as long as they can get others to voluntarily provide them.


Interestingly, while choice supporters should first and foremost want to defend and perpetuate individual liberty because it is the right and just thing to, they should also emphasize freedom because it seems to be what resonates most with the public. As Dick Carpenter recently found, the greatest support for choice in surveys comes when choice is presented as expanding freedom, as opposed to creating equality or fostering competition. Which is, frankly, as it should be: While lots of positive outcomes of choice are important, freedom is absolutely essential.