Free Trade: Do It for the Children

Here’s a WSJ article describing a Chinese investment in France, made for the purpose of exporting back to China:


On a recent damp morning at exactly 08:08—a lucky number in Chinese culture—workers broke ground on a 37‐​acre tract the municipality sold to Synutra International Inc., one of China’s top 10 baby‐​formula makers, to build a milk plant.


“In Brittany, we produce some of the world’s best‐​quality milk but we don’t have enough [economic] activity,” said Mr. Troadec, walking the muddy field where a dozen Caterpillar bulldozers and other earth movers lined up to start laying the foundation for the factory.


Synutra is investing €90 million ($125 million) to build what will be the region’s largest milk‐​drying factory and the first infant‐​formula plant on French soil entirely in the hands of a Chinese company.

The plant feeds two needs. China’s voracious demand for infant formula is surging as the middle class flourishes. But since a 2008 scandal, when Chinese‐​made formula tainted with the industrial chemical melamine killed six infants and sickened 300,000, parents have preferred to buy formula from well‐​known Western brands. Now, dairy companies in China, already the world’s largest importers of milk, are racing to win back consumers by tying up with producers abroad.

At the same time, Chinese investment offers a lifeline to Brittany, a farmland on the western tip of Europe that has been hurt by the unwinding of European subsidies.


Synutra plans to ship the entire output from its new plant swiftly to China. The company teamed up with French dairy cooperative Sodiaal to secure access to 300,000 million liters of milk a year over the next decade—the entire milk production of farmers within a radius of 20 kilometers of Carhaix—and 30,000 tons of whey, all of which will be transformed into dried baby milk and sent by boat.

So it’s a win‐​win. France gets investment; Chinese consumers get high quality products, for babies nonetheless. It can help to put a human face on free trade, especially when it’s this one: 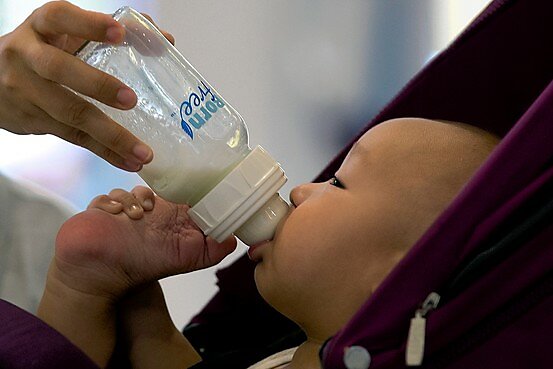