A Free Press Only Counts if It’s on Dead Trees 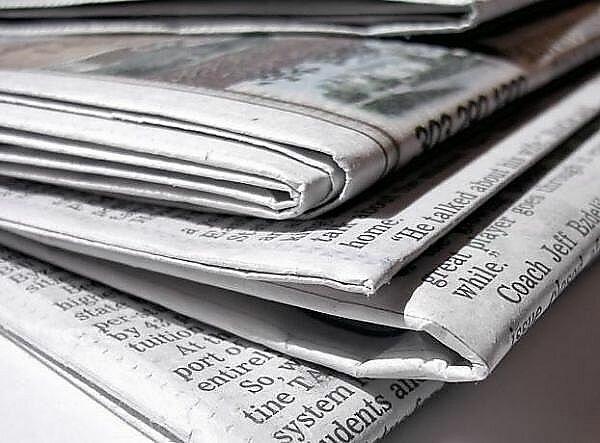 The federal government is wading into deliberations over the future of journalism as printed newspapers, television stations and other traditional media outlets suffer from Americans' growing reliance on the Internet.

With the media business in a state of economic distress as audiences and advertisers migrate online, the Federal Trade Commission began a two-day workshop Tuesday to examine the profound challenges facing media companies and explore ways the government can help them survive.

Media executives taking part are looking for a new business model for an industry that is watching traditional advertising revenue dry up, without online revenue growing quickly enough to replace it. Government officials want to protect a critical pillar of democracy—a free press.

"News is a public good," FTC Chairman Jon Leibowitz said. "We should be willing to take action if necessary to preserve the news that is vital to democracy."

Some of the proposals aimed at saving traditional journalism are relatively innocuous, like letting newspapers become tax-exempt nonprofits. At least this wouldn't do too much harm, and, given recent performance in the industry, it approaches being fiscally neutral.

The surest loser, though, would be the rest of us. Restricting the flow of news for the financial benefit of Rupert Murdoch seems a far cry from our Constitution, which allows Congress "to promote the Progress of Science and useful Arts, by securing for limited Times to Authors and Inventors the exclusive Right to their respective Writings and Discoveries." Burdening search engines seems only to inhibit the progress of science and the useful arts, while enriching a small number of people. It might pass the letter of the law, but I doubt that this is what the founders had in mind.

But anyway.... shame on Americans for our "growing reliance on the Internet"! Don't we realize that, as the article notes, "a free press is a critical pillar of democracy" -- and that a free press only counts, apparently, if it's on dead trees?

I'm all in favor of the good the press can do, but it strikes me as shortsighted to think that this good can only be done in the traditional media. It also seems foolish to me to think that tying the press more closely to the government will make it more critical and independent. Often, the very best journalism comes from complete outsiders. I'm reminded of Radley Balko's recent (and excellent) takedown of the claim that Internet journalists are basically parasites:

In 20 years, the Gannett-owned Jackson Clarion-Ledger never got around to investigating Steven Hayne, despite the fact that all the problems associated with him and Mississippi’s autopsy system are and have been fairly common knowledge around the state for decades. It wasn’t until the Innocence Project, spurred by my reporting, called for Hayne’s medical license that the paper had no choice but to begin to cover a huge story that had been going on right under its nose for two decades.

Tell me again, who's the parasite here? And why should taxpayers bail out yet another industry that isn't delivering what we want?