France’s Valls Is No Bill Clinton

President Francois Hollande has put in place a new French government led by Prime Minister Manuel Valls. This maneuver has all the hallmarks of shuffling the deck chairs on the Titanic. Yes, one has the chilling feeling that accidents are waiting to happen.

President Hollande’s new lineup is loaded with contradictions. That's not a good sign.

Just take Prime Minister Valls’ assertion that, when it comes to economics, he is a clone of Bill Clinton. For anyone familiar with the facts, this claim is bizarre, if not delusional.

When it comes to France’s fiscal stance, the Valls’ government is fighting austerity tooth and nail. Indeed, the Socialist government is seeking greater leeway from the European Commission (read: Germany) over targets for reducing France’s stubborn budget deficit. With French government expenditures accounting for a whopping 56.6 percent of GDP, it’s truly astounding that the government is reluctant to engage in a bit of belt tightening.

This brings us back to Valls’ self-promotion – namely, to compare himself to Bill Clinton. For a reality check, a review of the fiscal records of U.S. presidents is most edifying. Let’s take a look at Clinton: 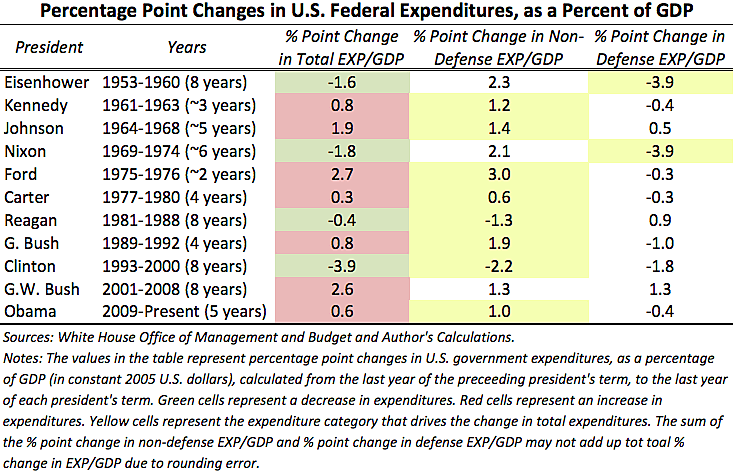 The Clinton presidency was marked by the most dramatic decline in the federal government’s share of the U.S. economy since 1952, Harry Truman’s last full year in office. The Clinton administration reduced the relative size of government by 3.9 percentage points. Since 1952, no other president has even come close. At the end of his second term, President Clinton’s big squeeze left the size of government, as a percent of GDP, at 18.2 percent.

During his presidency, Clinton squeezed and squeezed hard, and his rhetoric matched his actions. Recall that in his 1996 State of the Union address, he declared that “the era of big government is over.”

When it comes to fiscal rhetoric and record, it’s hard to imagine that Manuel Valls – even in his wildest dreams – will be able to match Bill Clinton, the king of the fiscal squeeze.