Flight Not an Option in Public School Wars 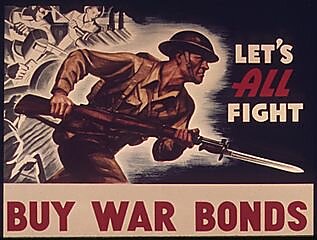 People viciously go for each other’s throats when they’re trying to help “the children.” At least, according to a new Politico article, that’s the case over the last several years, with demonization increasingly the weapon of choice when it comes to education politics.


Several pragaraphs in, the piece gets to the inflamed heart of the problem:

The policies the two sides fight over are high‐​stakes indeed. They drive hundreds of billions in public spending. They could impact millions of union jobs and millions in corporate profits. And they will have an enormous impact on where, how and what the next generation learns.


That may be why the hostility seems to be escalating.

Public schooling politics is a zero‐​sum game: all people pay in, but only those with political power get control. That is exactly why public schools drive such vitriol and anger. It is like politics generally, but with the emotionally charged, added stakes that people’s children and, often, their basic values, hang in the balance. Making matters worse is that basic decisions about crucial questions—including who is held “accountable,” how, and what children will learn—have for roughly 50 years been increasingly made at the federal level. As a result, people who want something different can’t move to another district or even state to get the education they want. There is no more flight. There is only fight.


Of course, painful conflict caused by public schools is nothing new, even if nationalization is making it worse and more visible. Familiarizing oneself with the history of American education makes clear just how divisive public schooling has been. For instance, see the Philadelphia “Bible Riots,” or the textbook war in Kanawha County, WV. And just because something is local‐ or state‐​controlled doesn’t free it from conflict. Cato’s still‐​under‐​construction public schooling “battle map” pinpoints well over 800—and growing—contemporary battles over basic values and rights fought at the school, district, and state levels. And that doesn’t include constant combat over budgets, teacher evaluations, school start times, math curricula, and on and on.


Ultimately, understanding why public schools are the source of unceasing conflict—and why it worsens the more that control is centralized—requires the simplest of logic: One government school system cannot possibly serve all, diverse people equally. And the higher decision‐​making goes, the more diversity the monolithic system encompasses.