There’s no proof yet, but it looks an awful lot like Medicare might be subsidizing the Castro brothers. 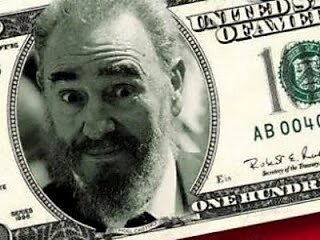 I, for one, was not surprised to read that Medicare payments for non‐​existent medical services are ending up in Cuban (read: government‐​controlled) banks. Nor that “accused scammers are escaping in droves to Cuba and other Latin American countries to avoid prosecution — with more than 150 fugitives now wanted for stealing hundreds of millions of dollars from the U.S. healthcare program, according to the FBI and court records.”


In fact, I have been wondering for some time when we would see evidence that foreign governments have been stealing from Medicare. The official (read: conservative) estimates are that Medicare and Medicaid lose $70 billion each year to fraud and improper payments, a result of having almost zero meaningful controls in place. That’s practically an open invitation to steal from American taxpayers. Kleptocratic governments—and other organized‐​crime rings—would be insane not to wet their beaks.


In this National Review article, I explain how easily it could happen:

Last year, the feds indicted 44 members of an Armenian crime syndicate for operating a sprawling Medicare‐​fraud scheme. The syndicate had set up 118 phony clinics and billed Medicare for $35 million. They transferred at least some of their booty overseas. Who knows what LBJ’s Great Society is funding?

I also explain how these vast amounts of fraud aren’t going to stop without fundamental Medicare and Medicaid reform. Give the National Review article a read, and tell me if you share my suspicion that Medicare is bankrolling other governments.