Fewer than Half of Employment‐​Based Green Cards Are for Workers

The United States’ immigration system favors family reunification, even in the so-called employment-based categories.  The family members of immigrant workers must use employment-based green cards despite the text of the actual statute and other evidence that strongly suggests that this was not Congress’ intent.  Instead of a separate green card category for spouses and children, they get a green card that would otherwise go to a worker. 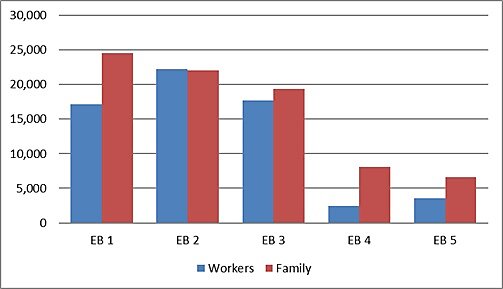 If family members were exempted from the quota or there was a separate green card category for them, an additional 76,711 highly skilled immigrant workers could have earned a green card in 2015 without increasing the quota.

About 85 percent of those who received an employment-based green card in 2015 were already legally living in the United States (Chart 2).  They were able to adjust their immigration status from another type of visa, like an H-1B or F visa, to an employment-based green card.  Exempting some or all of the adjustments of status from the green card cap would almost double the number of highly skilled workers who could enter.  Here are some other exemption options:

Adjustment of Status vs. New Arrivals 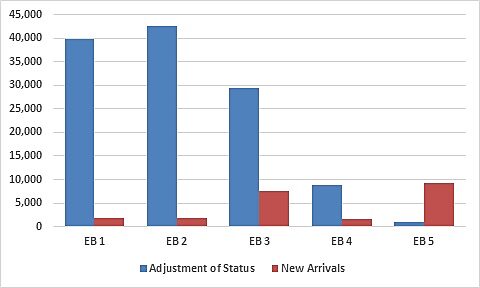