A new investigation by ABC7/WJLA reporter Chris Papst highlights data on the number of federal civilian workers earning more than $100,000 in annual wages. Using data from the Office of Personnel Management, Papst reports:


What explains the spendthrift record of Bush and the more frugal record of Obama? Partly, Bush wanted large pay increases for the uniformed military, and to gain support he agreed to large increases for the civilian workforce. Partly, the new pay system in place for the Pentagon in the later Bush years inflated civilian Pentagon pay, as described by Dennis Cauchon. And partly, the Obama frugality was the result of a three‐​year partial pay freeze backed by the Republicans and approved by the president. 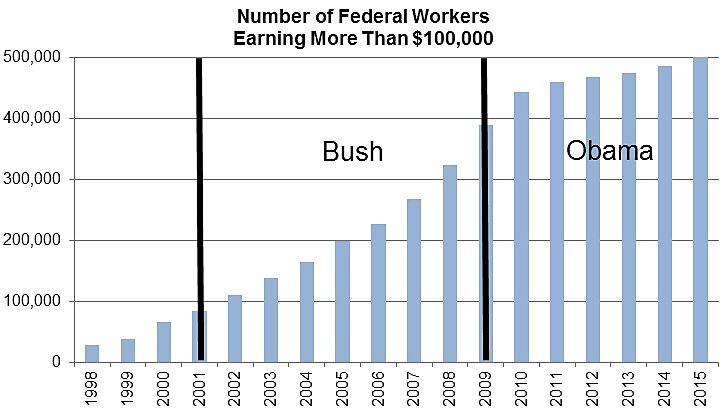 
Data note: figure for 2002 in chart is estimated.