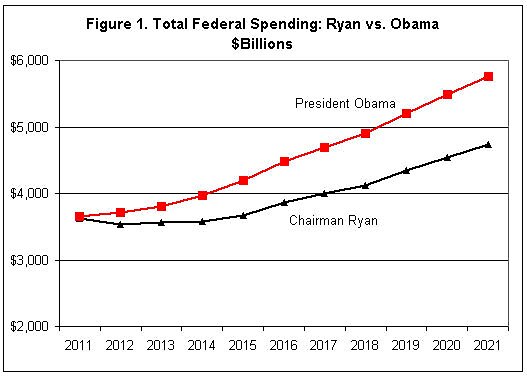 Figure 2 compares Ryan’s and Obama’s proposed spending levels at the end of the 10‐​year budget window in 2021. The figure indicates where Ryan finds his budget savings. Going from the largest spending category to the smallest: 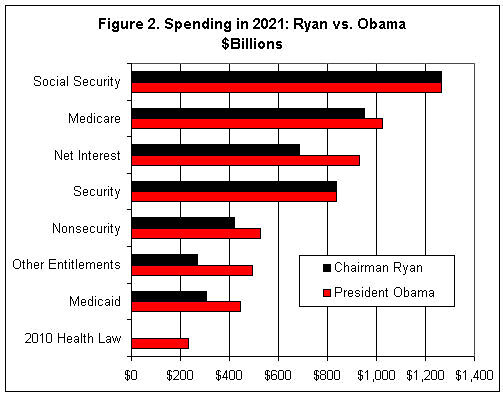 To summarize, Ryan’s budget plan would make crucial reforms to federal health care programs, and it would limit the size of the federal government over the long term. However, his plan would be improved by adopting more cuts and eliminations of agencies in short term, such as those proposed by Senator Rand Paul.