Federal worker compensation is rising faster than compensation in the private sector. On average, federal workers now earn 80 percent more in wages and benefits than other Americans, as examined in this blog yesterday. The data come from the Bureau of Economic Analysis (BEA), and is discussed further in this study.


The BEA breaks down the data by industry. The chart below shows average compensation for the BEA’s 19 major private industries and the military, state and local governments, federal civilian workers, and federal government enterprises (mainly the postal service).


The federal government has the third highest paid workers in the United States after utilities and the management of companies. Federal compensation is higher, on average, than compensation in the information, finance and insurance, and professional and scientific industries. 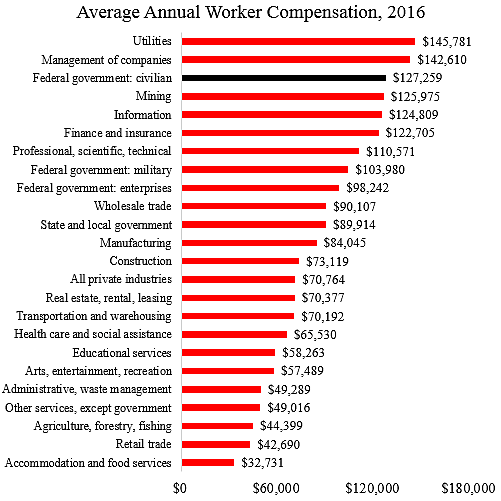