The Bureau of Economic Analysis (BEA) has released data on worker compensation for 2016. The data show that wages and benefits for federal‐​government workers grew faster than for private‐​sector workers last year. Federal workers now receive 80 percent more compensation, on average, than do workers in the U.S. private sector. I am including federal civilian workers here, not those in the uniformed military.


However, the federal advantage in overall compensation (wages + benefits) is even larger because of gold‐​plated federal benefits, such as pension benefits. Total compensation for federal workers increased 2.5 percent last year, on average, more than double the 1.2 percent increase for private workers. 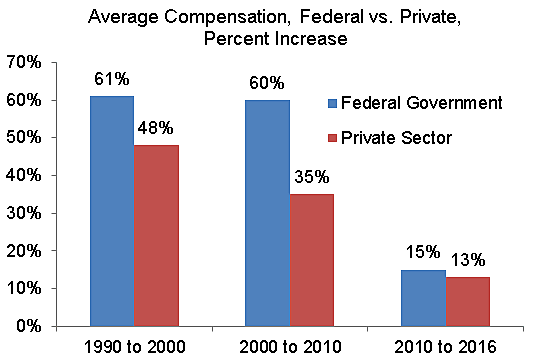