Many studies over the years have found that federal job training programs create few discernable benefits to the economy. Taxpayers have funded these programs for decades and Congress occasionally tweaks them, but nothing seems to work. Federal job training programs have been known for their wastefulness since the New Deal when the word “boondoggle” was adopted to describe them.


Dan Murphy and I note that people looking for jobs and training these days rely on personal connections, the Internet, temporary help agencies, private education firms, and other market institutions. There is no obvious market failure indicating a need for federal intervention.


A report out by the Trump administration appears to come to similar conclusions. The Wall Street Journal reports:


“Government job‐​training programs appear to be largely ineffective and fail to produce sufficient benefits for workers to justify the costs,” said Tomas Philipson, a member of the Council of Economic Advisers, in an interview with The Wall Street Journal.


Most federal job‐​training programs produced insufficient data to be clearly evaluated, and the ones that were studied weren’t producing the desired results, White House advisers said in a paper released Monday, an overview of previously completed evaluations of training programs.


There were more than 40 federal worker‐​training programs spread across nine different agencies serving more than 10 million Americans in the 2017 fiscal year, according to the White House.


… However, even if additional spending improved outcomes, the council’s paper said, “it would take a large improvement for the benefits to outweigh the higher costs.”


The report said the Job Corps youth‐​employment program and programs intended to put formerly incarcerated people back to work were producing weak results relative to their cost.


The paper also found that the Labor Department’s largest program, in terms of number served, did little to help workers who were dislocated due to international trade, automation or other factors. Dislocated workers received “no significant effect on earnings from training” from the program, now known as Workforce Innovation and Opportunity Act or WIOA, several studies showed.

In sum, federal employment and training programs do not fill any critical need that private markets cannot fill and experience suggests that the programs are ineffective. Given today’s large budget deficits, these programs would be a good target for elimination. 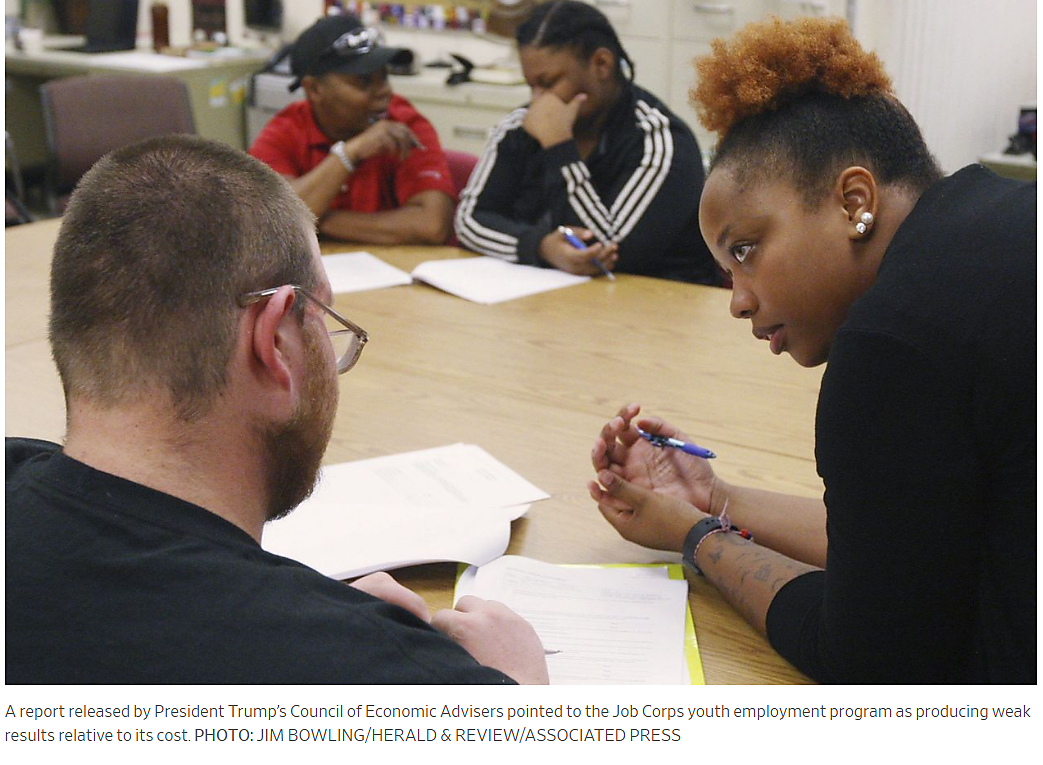