New data show that worker compensation is rising faster in the federal government than in the private sector. After rapid growth in federal pay during the George W. Bush years, growth slowed from 2011 to 2013 after policymakers enacted a partial freeze on federal wages.


Federal civilian workers had an average wage of $84,153 in 2014, compared to an average in the private sector of $56,350. The federal advantage in overall compensation (wages plus benefits) is even greater. Federal compensation averaged $119,934 in 2014, which was 78 percent higher than the private‐​sector average of $67,246. This essay discusses trends in federal and private pay. 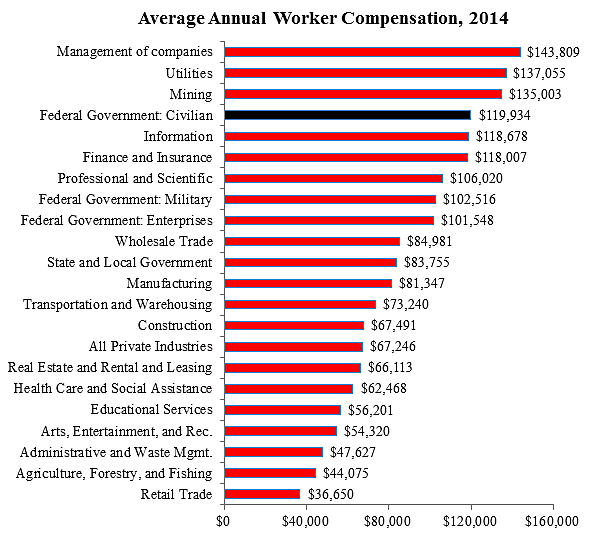