A Federal Ban on Texting While Driving? 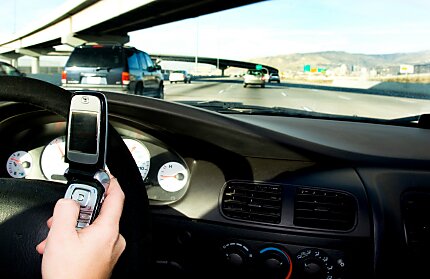 In response to claims that texting‐​while‐​driving (TWD) causes traffic accidents, Congress is considering “a federal bill that would force states to ban texting while driving if they want to keep receiving federal highway money.”


This approach to forcing a particular policy on the states mimics the 1984 Federal Uniform Driving Age Act, which threatened to withhold federal highway funds unless states adopted a 21‐​year‐​old minimum legal drinking age. The justification for that law was reducing traffic fatalities among 18–20 year olds.


A federal ban on TWD is not compelling:


1. Federal imposition of the 21‐​year old minimum drinking age did not save lives.


2. A ban on texting might increase other distractions: adjusting the radio, putting on makeup, eating a sandwich, reading a map, and so on. Relatedly, the evidence that TWD causes accidents is far from convincing. Traffic fatalities per vehicle mile travelled have declined substantially over the past 15 years, despite the explosion in text messaging.


3. TWD has benefits, not just costs. Truckers, for example, claim that

Crisscrossing the country, hundreds of thousands of long‐​haul truckers use computers in their cabs to get directions and stay in close contact with dispatchers, saving precious minutes that might otherwise be spent at the side of the road.

4. If the benefits of banning TWD become clear, most states will ban on their own.


Thus laws that penalize TWD might make sense. But this is an issue for states, not the federal government.


C/P Libertarianism, from A to Z.