In my upcoming Cato study, “Restoring Responsible Government by Cutting Federal Aid to the States,” I discuss 18 reasons why federal aid to state and local governments should be zeroed out.


Reason #12 regards how aid induces states to delay important projects such as infrastructure. Governments stall needed projects for years as they wait for federal grant approval, and then after approval federal regulations raise project costs and create further delays.


Federal disaster aid illustrates the problem. Texas is currently stalled in pursuing $4 billion of hurricane protections as it waits for federal money, according to the Wall Street Journal. But Texas has a $1.7 trillion economy. There is no reason why it cannot find $4 billion to fund its own hurricane defenses. State‐​funded spending would be more timely and less bureaucratic than spending funded by Washington.


Unfortunately, when it comes to subsidies for their own states, nominal conservatives such as Governor Greg Abbott and Senator John Cornyn put aside their conservative views on federalism and become federal spending proponents.


The WSJ summarizes the current battle:

Texas lawmakers are up in arms over more than $4 billion in federal aid for hurricane protection that has been delayed amid tensions between the Trump administration and Puerto Rico.


In the aftermath of the calamitous 2017 hurricane season, the federal government last April allocated a total of $16 billion to Texas, Puerto Rico, and other areas to invest in defenses against future storms. A year later, not a single dollar has been disbursed …


Political leaders in Texas, which will receive about a quarter of the total allocation, say they are being unfairly ensnared in a bureaucratic tussle. And they are increasingly worried that the delay is leaving Gulf Coast communities still recovering from Hurricane Harvey vulnerable to more destruction just as another hurricane season is set to begin June 1.


Texas Republican Sen. John Cornyn, a Trump ally on most issues, in a speech on the Senate floor last week blamed the White House budget office for the delay.


“The disregard of those who are struggling to rebuild and prepare for future storms by the bureaucrats is appalling,” Mr. Cornyn said.


His comments came after Texas Gov. Greg Abbott and state land commissioner George P. Bush, both Republicans, and members of the state’s congressional delegation have implored the Trump administration to move quicker to release the funding.


… Before any of the funds can be disbursed, the White House budget office must sign off on rules drafted by HUD detailing how the money can be spent. The federal housing agency said the process has been slow because it is the first time billions of aid dollars have gone toward such a prevention effort.


A HUD spokesman said the department expects to complete the rules in the next few weeks.


But even after those rules are complete, states must then devise a plan to disburse the money, which also needs federal approval. That process could potentially take an additional nine months, said Brittany Eck, a spokeswoman for Mr. Bush.


… The delays could slow the pace of storm‐​protection projects such as deepening and widening bayous, according to Alan Black, director of operations for the Harris County Flood Control District, which includes Houston. 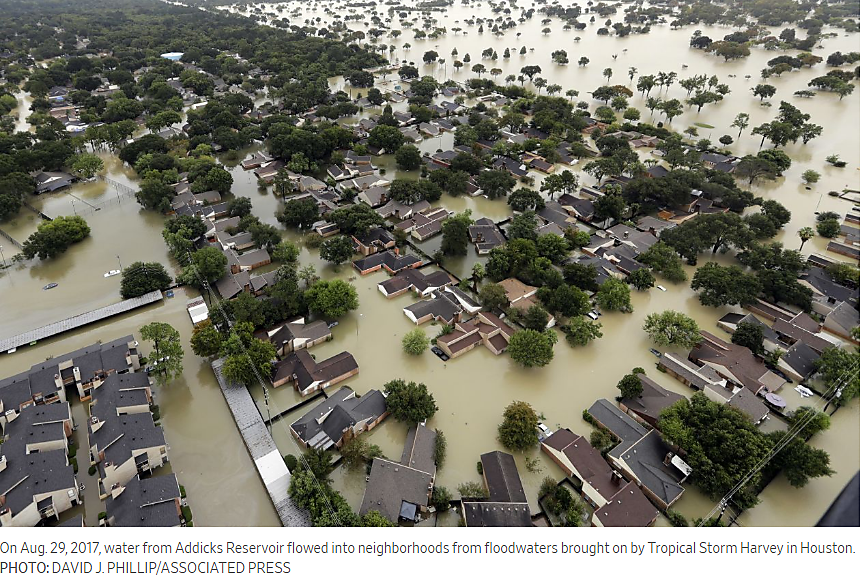