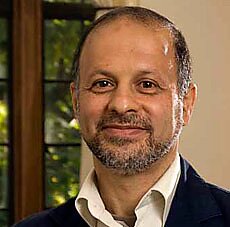 Akbar Ganji, an Iranian writer and journalist who spent six years in a Tehran prison for advocating a secular democracy and exposing government involvement in the assassination of individuals who opposed Iran's theocratic regime, has been named the 2010 winner of the Cato Institute's Milton Friedman Prize for Advancing Liberty.

Ganji may be best known for a 1999 series of articles investigating the Chain Murders of Iran, which left five dissident intellectuals dead. Later published in the book, The Dungeon of Ghosts, his articles tied the killings to senior clerics and other officials in the Iran government, including former President Ali Akbar Hashemi Rafsanjani. Ganji was arrested for spreading propaganda against the Islamic system and "damaging national security." He was eventually sentenced to six years in prison, much of it spent in solitary confinement.

Ganji was released from prison in March of 2006 and left Iran shortly thereafter. Many countries around the world offered him honorary citizenship, and he traveled extensively, giving talks promoting democracy in Iran and exposing major human rights abuses by the Iranian government. Despite his battle with Iran's theocracy, Ganji remains steadfastly opposed to military action by the United States in both Iran and Iraq, saying "you cannot bring democracy to a country by attacking it."

The Friedman Prize biennial dinner and award presentation will be held at the Hilton Washington Hotel in Washington, D.C, on May 13, 2010. Reserve your table now to attend.