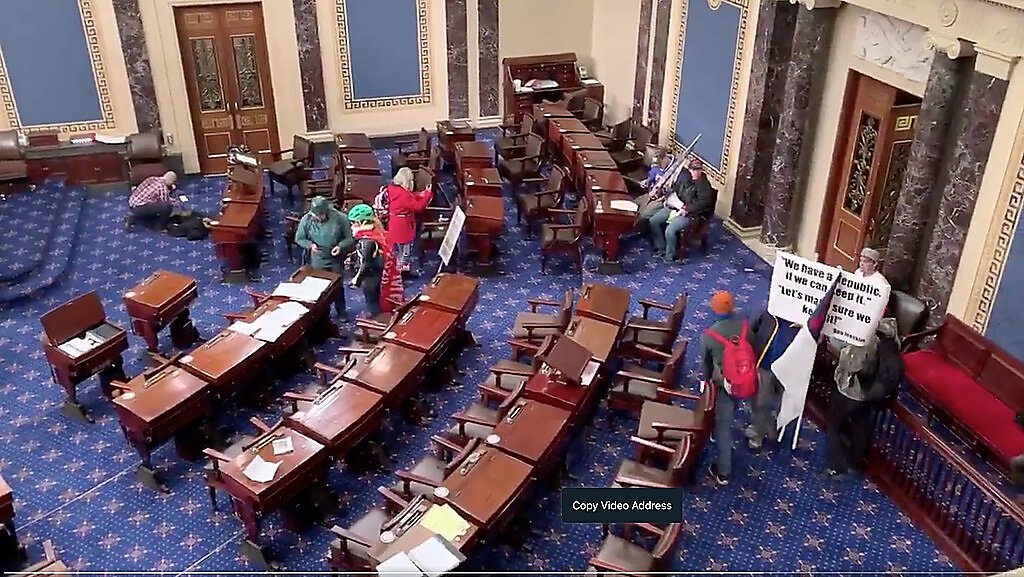 For some people, a considerable worry about private education is that it might foster right‐​wing hate and militancy. This concern can be seen in a series of HuffPost articles over the last few years sounding alarms about textbooks in some private schools, and in this recent op‐​ed attacking efforts to expand educational freedom in West Virginia. Says the latter:

We have seen where this leads. In some Middle Eastern cultures, private schools called madrassas have been known to engage in religious and political indoctrination beginning at a very young age, even including combat training with military weapons. These are the people who brought down the twin towers of the World Trade Center.

Based on the rhetoric we are hearing from certain domestic terrorists, are we very far away from schools like that in America? Proud Boy Academy? Boogaloo Boot Camp?

Even some folks generally favorable to educational freedom have worries. As Bonnie Kristian wrote recently in Christianity Today:

On the one hand, if Stroop’s broad verdict is right, I should have joined the Capitol mob. I am a product of Christian primary education—even used Abeka books. Still, I can’t argue with Stroop’s basic contention that the mushrooming visibility of Christian nationalism in American evangelical circles requires new scrutiny of Christian schooling. The question I keep returning to is this: Are our schools training Christians or Americans?

Is there significant evidence that fears about private education are well placed? No.

Evidence from Europe and Canada, both of which have more school choice than in the United States, suggests choice does not lead to greater militancy or unrest. Indeed, as Patrick Wolf itemizes in our book School Choice Myths: Setting the Record Straight on Education Freedom, U.S. research overwhelmingly finds that private schools produce more tolerant and knowledgeable citizens than public.

Still, to explore a bit further, the Cato CEF gang looked into the schooling of people arrested in connection to the January 6 Capitol riot.

The first thing to note is that of the 265 people that the NPR database listed as having been arrested in connection with the riot as of the time we conducted our search, we were unable to locate K-12 education information for the vast majority. Also, what we did typically find was only at the high school level.

If schools have fostered right‐​wing militancy, this suggests it is as much a public as private school problem.

To get a little more context, we decided to take a quick look at the other side: Democrats in the U.S. Senate, who are unlikely to be rioting right‐​wing types.

Again, we could only readily find mostly high school information, and for some senators we did not find anything. Overall, we obtained information for 46 Democratic senators and for the two independents – Bernie Sanders (VT) and Angus King (ME) – who caucus with them. Seventeen of those, or 35 percent, attended private schools, eclipsing the national share.

For comparison, we looked at the schooling of Republican senators, too. We found information for 48 and found that 13 had attended private school. That is 27 percent; higher than the national share, but lower than Democratic senators.

Of course, none of this proves that some private schools are not fostering the creation of right‐​wing militants. But it does suggest that private schooling overall has not been a greater force creating members of America’s right wing than public schools. Indeed, it may be more associated with the political left.