The European Union (EU) is still in the midst of an economic slump. Many members of the political class in Brussels claim that fiscal austerity is to blame. But, this diagnosis is wrong. The EU’s problem is one of monetary, not fiscal, austerity. Money matters. Just look at the accompanying chart. Private credit in the Eurozone has been shrinking since March 2012. 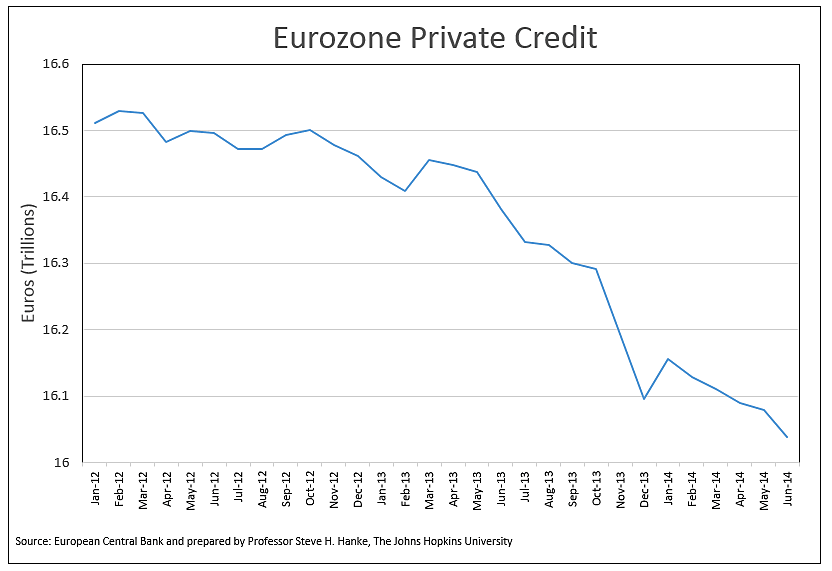 Never mind. The EU fiscal austerity bandwagon keeps rolling on with Matteo Renzi, Italian Prime Minister and current President of the EU, holding the reins. Indeed, Renzi recently went so far as to form an anti‐​austerity coalition with France and Spain. According to the coalition, its members simply cannot impose further spending cuts. They assert that their budgets have been cut to the bone. This claim is ludicrous. 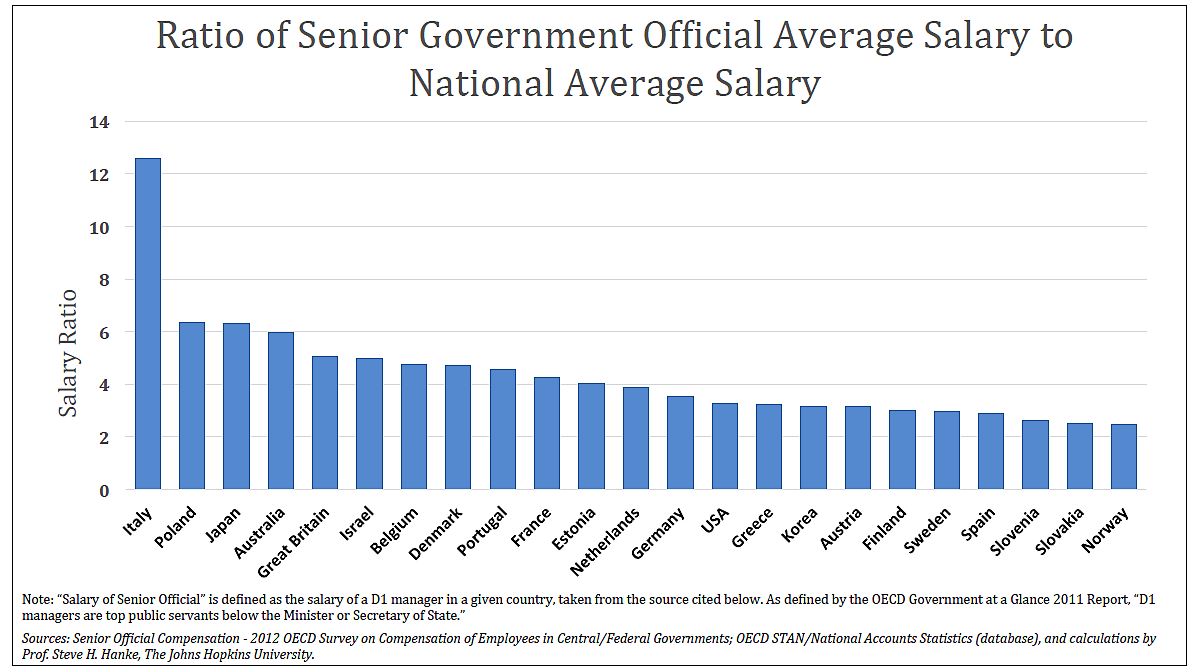 There is nothing to cut in Italy? Get real. Senior civil servants are being paid over 12 times the national average salary. As for France and Spain, their civil servants are “well paid,” too. It’s time for the public to stop listening to the EU’s anti‐​austerity hypocrites and start looking at the numbers.