Led by Alexis Tsipras, head of Greece’s newly-elected, left-wing coalition, some other leading political lights in Europe—Messrs. Hollande and Valls in France and Renzi in Italy—are raising a big stink about fiscal austerity. Yet they always fail to define austerity. Never mind. They don’t like it. The pols have plenty of company, too. Yes, they can trot out a host of economists—from Nobelist Paul Krugman on down—to carry their water.

But public expenditures in Greece, Italy and France are not only high, but growing as a proportion of the economy. One can only wonder where the austerity is. As the first chart shows, only five of 28 European Union countries now spend a smaller proportion of national income on government than they did before the current crisis. For example, Greece spent 47.5% of national output on government in 2007 and 58.5% in 2013, an increase of 11 percentage points. 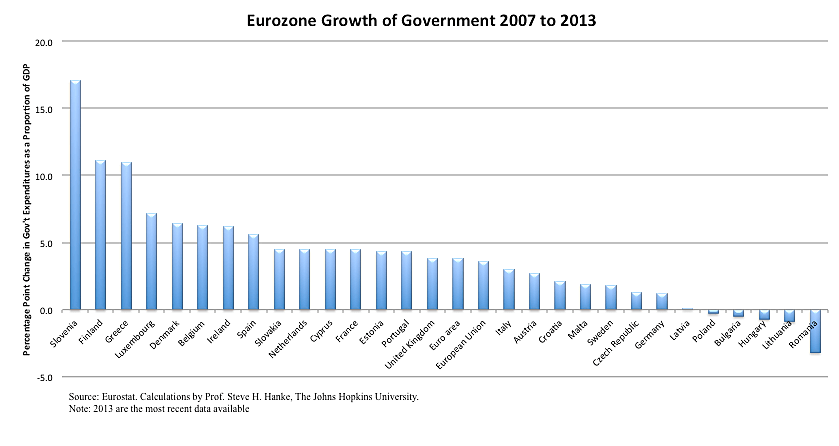 Government expenditures cut to the bone? You must be kidding. Even in the United States, where most agree that there is plenty of government largesse, the government (federal, plus state and local) still accounts for “only” 38.1% of GDP.

As Europe sinks under the weight of the State, fiscal austerity is nowhere to be found. The only form of austerity in the Eurozone is monetary austerity. Indeed, Eurozone credit to the private sector has fallen like a stone (see the second chart). 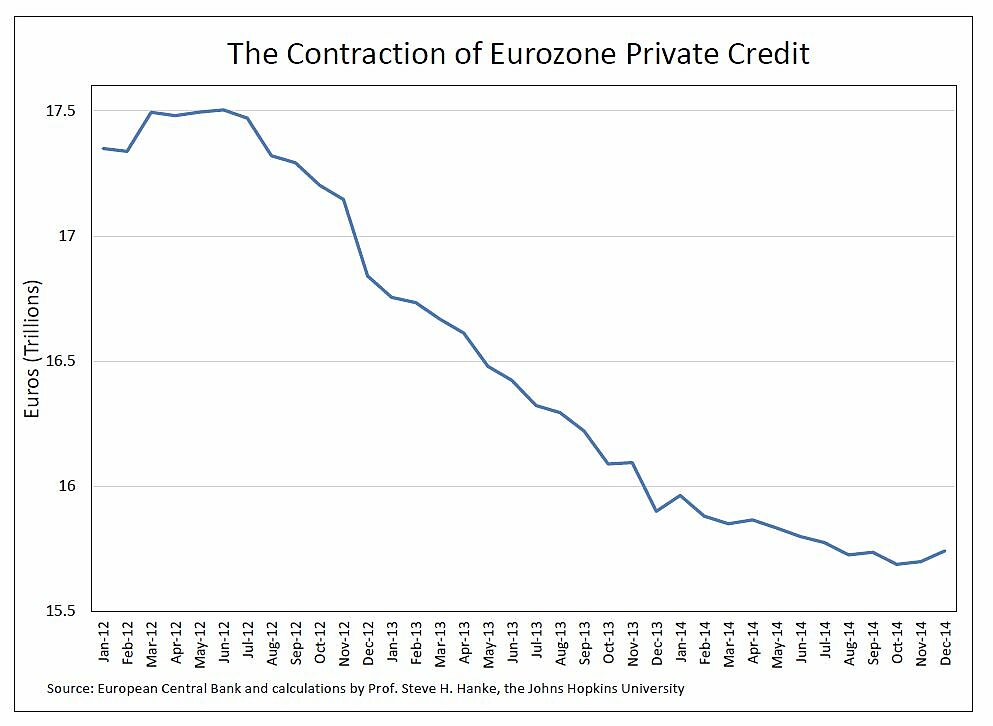 This is a consequence of regulators continuing to force banks to deleverage. As a result, credit austerity will continue and so will Europe’s travails. Money rules.