E.U. Austerity, You Must Be Kidding

The leading political lights in Europe – Messrs. Hollande, Valls and Macron in France and Mr. Renzi in Italy – are raising a big stink about fiscal austerity. They don’t like it. And now Greece has jumped on the anti‐​austerity bandwagon. The pols have plenty of company, too. Yes, they can trot out a host of economists – from Nobelist Krugman on down – to carry their water.


But, with Greece’s public expenditures at 58.5% of GDP, and Italy’s and France’s at 50.6% and 57.1% of GDP, respectively – one can only wonder where all the austerity is (see the accompanying table). Government expenditures cut to the bone? You must be kidding. Even in the United States, where most agree that there is plenty of government largess, the government (federal, plus state and local) only accounts for a whopping 38.1% of GDP.


As Europe sinks under the weight of the State, it’s austerity, not anti‐​austerity, that should be on the menu. 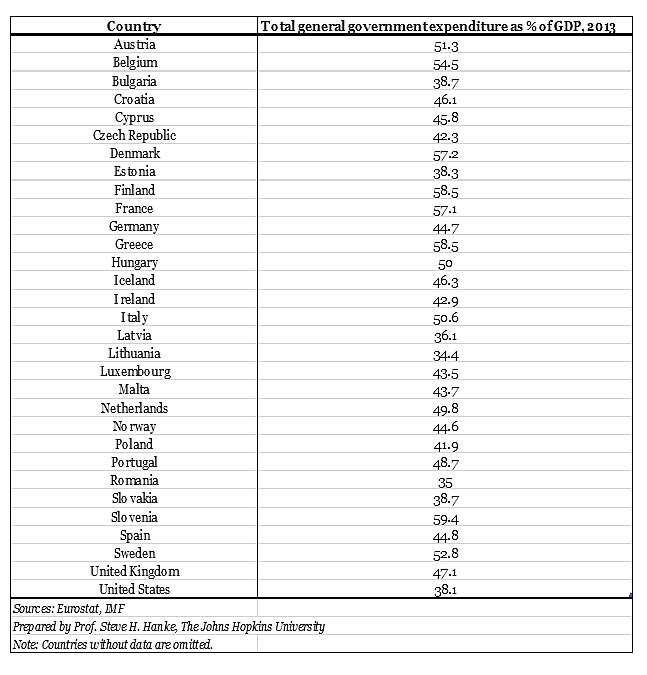