The Ethos of Universal Coverage 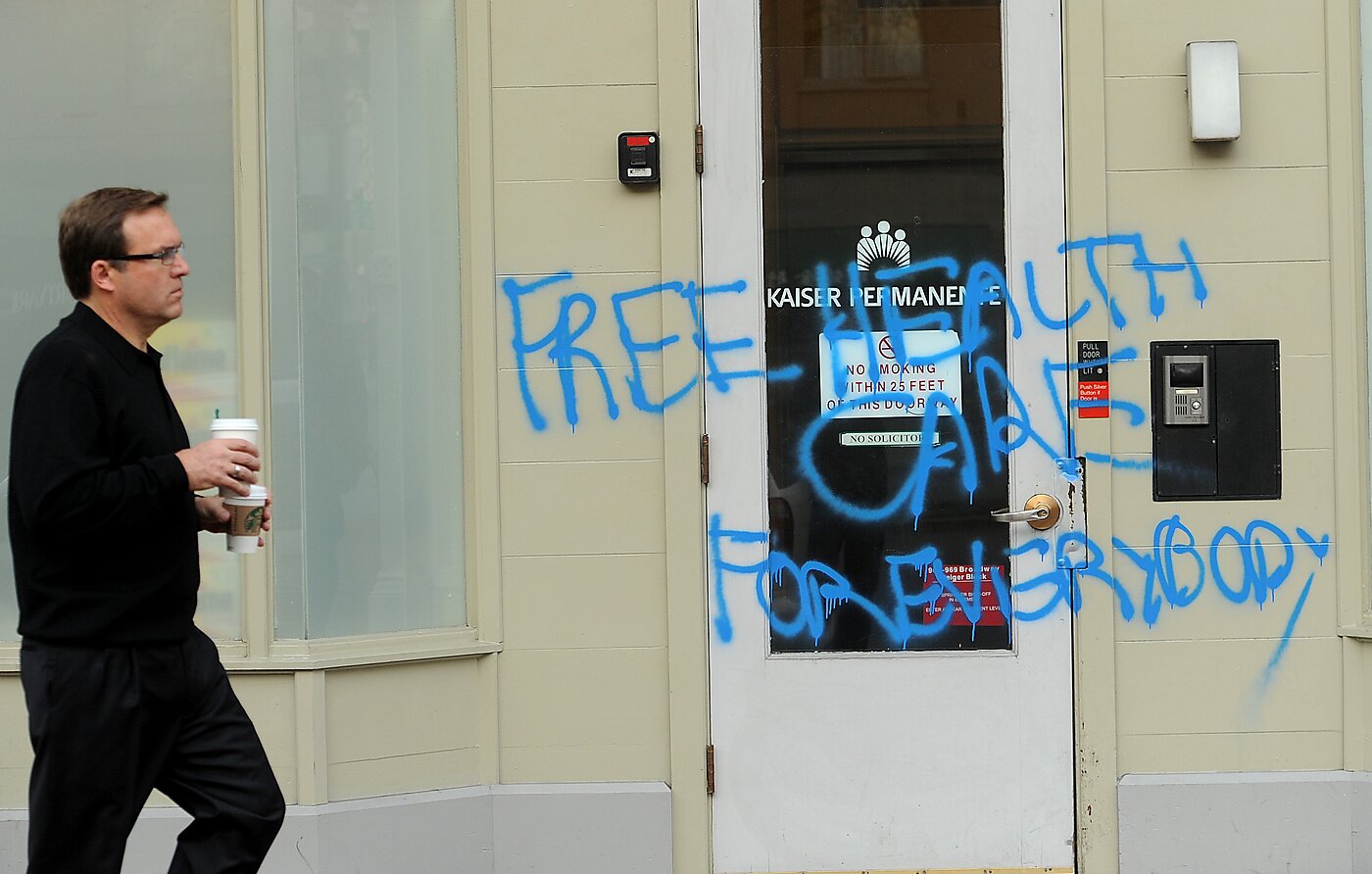 
Many Cato @ Liberty readers will get it immediately. They can stop reading now.


For everyone else, this image perfectly illustrates the ethos of what I call the Church of Universal Coverage.


Like everyone who supports a government guarantee of access to medical care, the genius who left this graffiti on Kaiser Permanente’s offices probably thought he was signaling how important other human beings are to him. He wants them to get health care after all. He was willing to expend resources to transmit that signal: a few dollars for a can of spray paint (assuming he didn’t steal it) plus his time. He probably even felt good about himself afterward.


Unfortunately, the money and time this genius spent vandalizing other people’s property are resources that could have gone toward, say, buying him health insurance. Or providing a flu shot to a senior citizen. This genius has also forced Kaiser Permanente to divert resources away from healing the sick. Kaiser now has to spend money on a pressure washer and whatever else one uses to remove graffiti from those surfaces (e.g., water, labor).


The broader Church of Universal Coverage spends resources campaigning for a government guarantee of access to medical care. Those resources likewise could have been used to purchase medical care for, say, the poor. The Church’s efforts impel opponents of such a guarantee to spend resources fighting it. For the most part, though, they encourage interest groups to expend resources to bend that guarantee toward their own selfish ends. The taxes required to effectuate that (warped) guarantee reduce economic productivity both among those whose taxes enable, and those who receive, the resulting government transfers.


In the end, that very government guarantee ends up leaving people with less purchasing power and undermining the market’s ability to discover cost-saving innovations that bring better health care within the reach of the needy. That’s to say nothing of the rights that the Church of Universal Coverage tramples along the way: yours, mine, Kaiser Permanente’s, the Catholic Church’s…


I see no moral distinction between the Church of Universal Coverage and this genius. Both spend time and money to undermine other people’s rights as well as their own stated goal of “health care for everybody.”


Of course, it is always possible that, as with their foot soldier in Oakland, the Church’s efforts are as much about making a statement and feeling better about themselves as anything else.