Despite escalating tensions between Egypt’s new military-backed government and supporters of ousted president Mohammed Morsi, there is at least one positive development coming out of the Land of the Nile. Yes, at long last, some semblance of stability appears to be returning to Egypt’s economy.

After the ouster of President Hosni Mubarak in 2011, the Egyptian economy took a turn for the worse. In particular, the Egyptian pound began to slide shortly after Morsi and his Muslim Brotherhood-backed government took power, sparking the development of a black market for foreign currency. The accompanying chart tells the tale: the official and black-market EGP/USD exchange rates began to diverge sharply in late 2012. In recent weeks, however, they have converged. 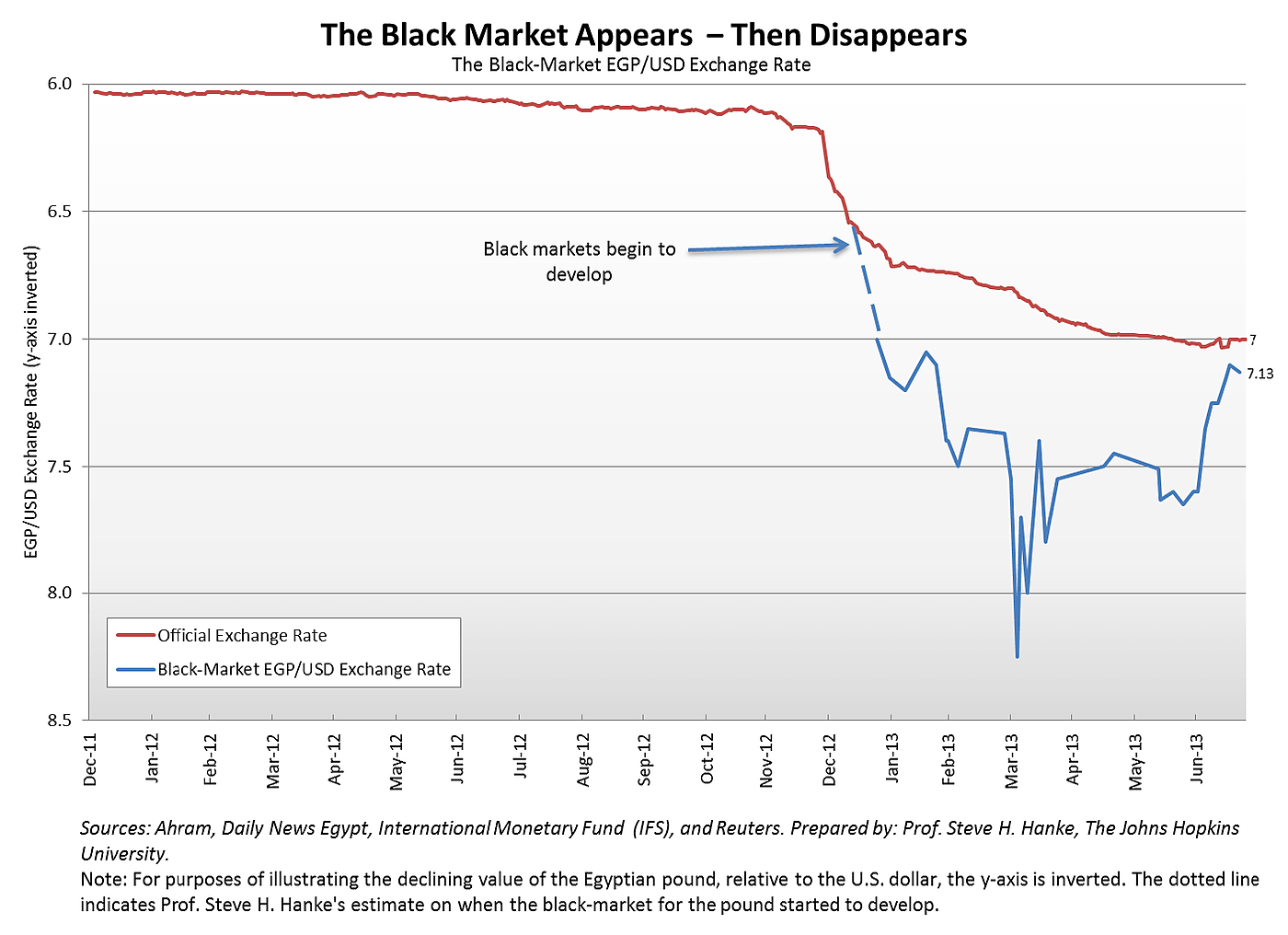 Recent currency auctions by the central bank, coupled with improved expectations about the country’s economic prospects, have begun to buoy the struggling pound. Indeed, the black-market exchange rate is now 7.13 EGP/USD, very close to the official rate of 7.00 EGP/USD. So, with Morsi, the black market appeared, and with the military’s re-entry, the black market has all but vanished.

The Egyptian stock market is echoing the confident sentiments displayed by the foreign exchange markets (see the accompanying chart). But, it remains to be seen if this newfound confidence in the Egyptian economy will be sustained. 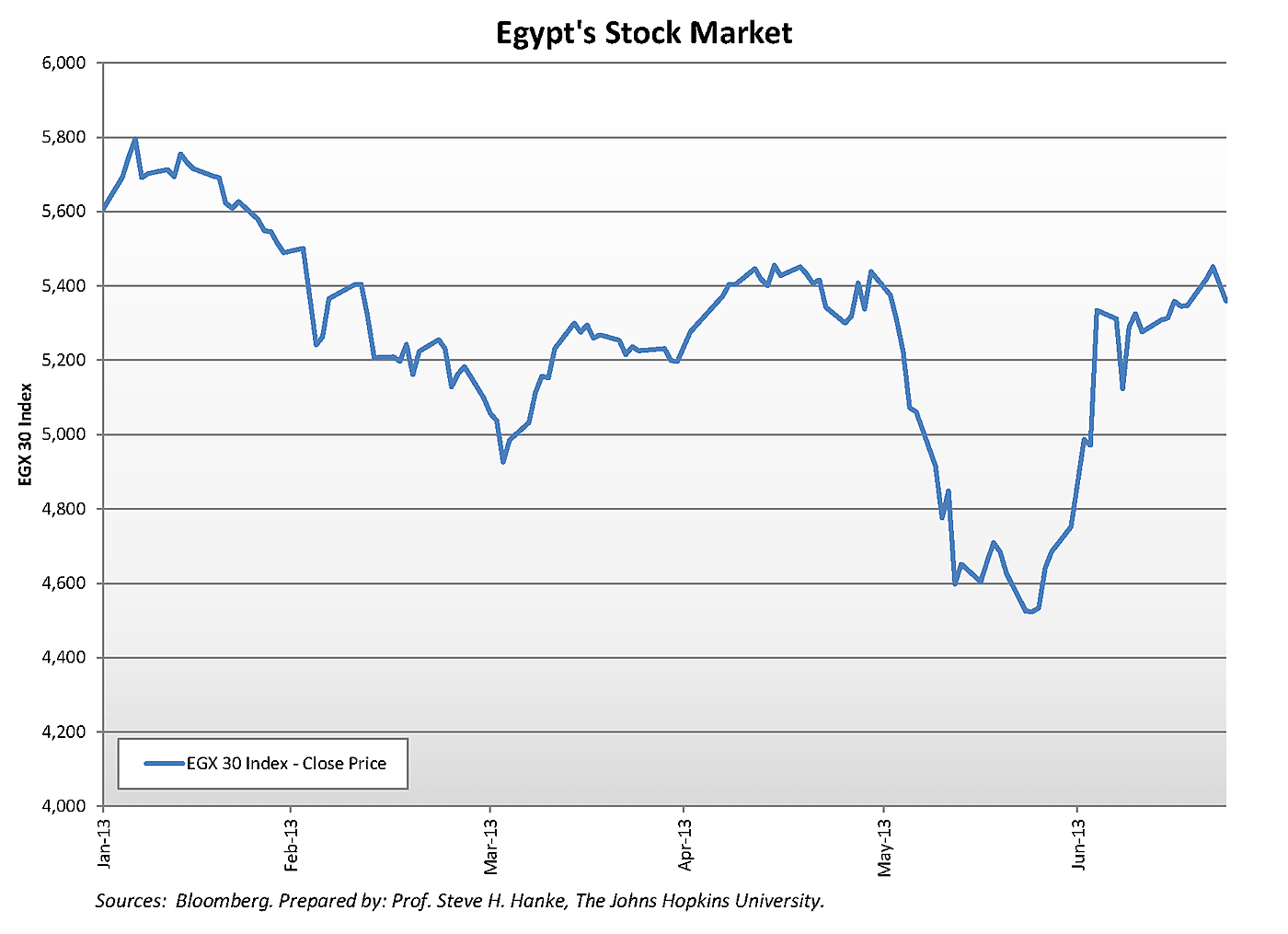 That said, there is still trouble in "paradise."  Egypt’s fiscal priorities are severely misplaced. Subsidies and interest payments eat up 58 percent of government expenditures. Salaries for Egypt’s bloated bureaucracy account for another 25 percent of government expenditures. The central bank, too, is in need of substantial reforms. The ideal solution would be to institute a currency board system, which would tightly link the Egyptian pound to a stable foreign currency, such as the U.S. dollar. This would establish the kind of monetary stability enjoyed by Hong Kong and Bulgaria, for example. A currency board system would also inject much-needed discipline into Egypt’s fiscal affairs.

Alas, hope for such reforms seems dim at the moment. Indeed, the tidal wave of foreign aid that is headed for Cairo will weaken the government’s incentives to pursue a bold plan for Egypt’s economy – and in turn, will keep Egypt from reaching its full potential. For the time being, elevated inflation levels will remain the order of the day (see the accompanying chart). 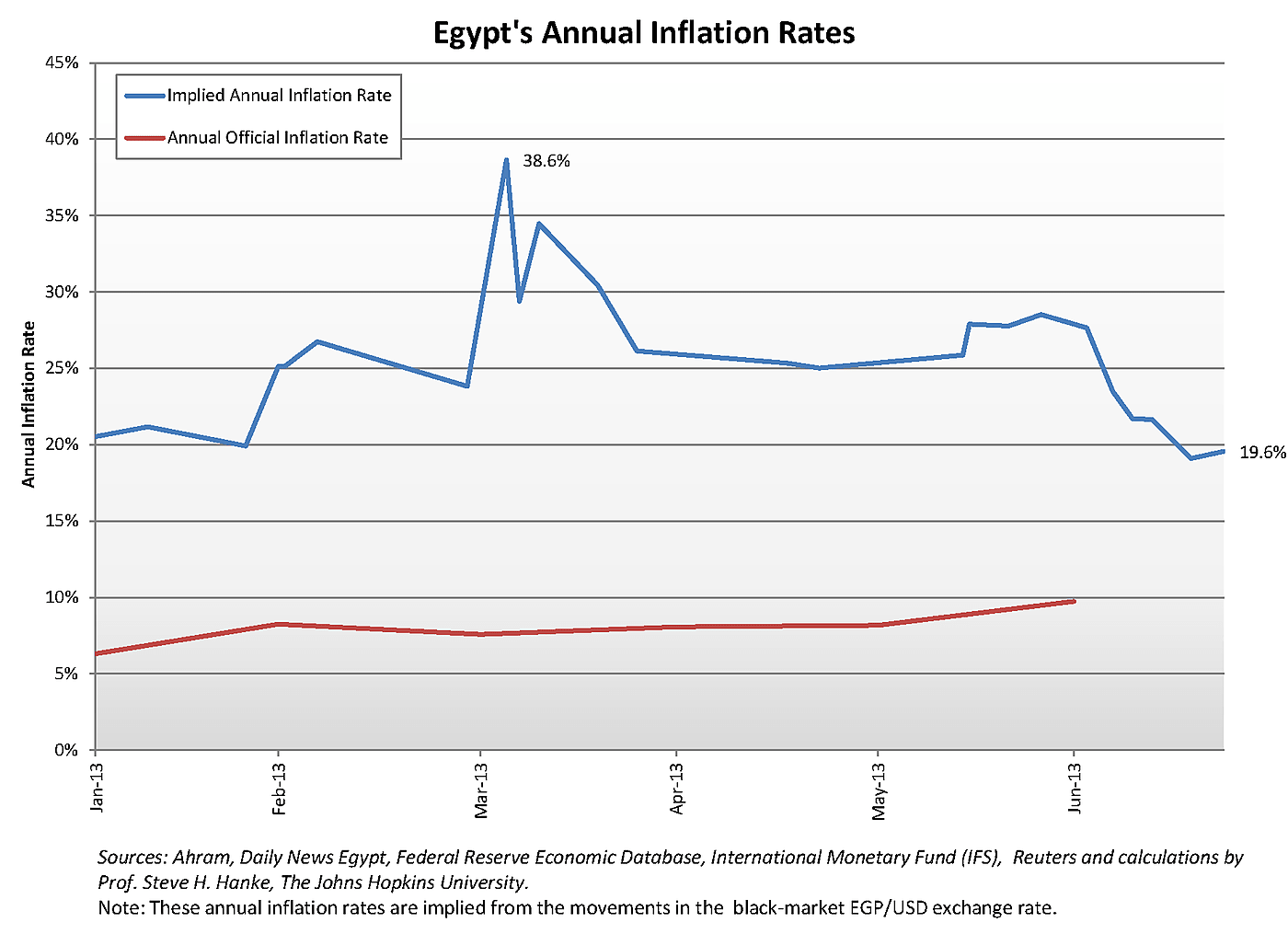