According to the World Bank, for the first time in human history, “less than 10 percent of the world’s population will be living in extreme poverty by the end of 2015.” The bank has “used a new income figure of $1.90 per day to define extreme poverty, up from $1.25. It forecasts that the proportion of the world’s population in this category will fall from 12.8 percent in 2012 to 9.6 percent.” 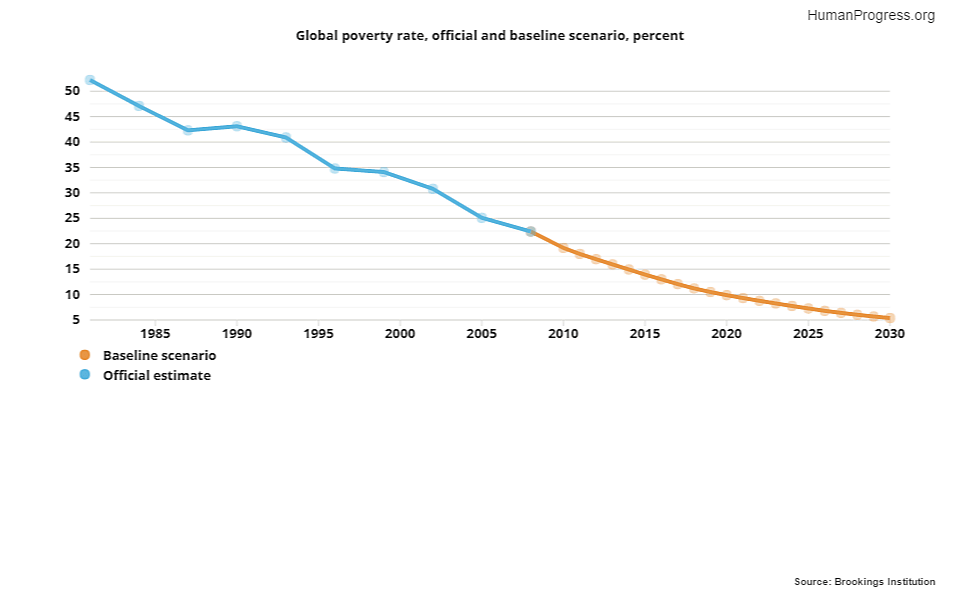 As scholars have noted, historically speaking, grinding poverty was the norm for most ordinary people. Even in the most economically advanced parts of the world, life used to be miserable. To give one example, at the end of the 18th century, ten million of France’s twenty‐​three million people relied on some sort of public or private charity to survive and three million were full‐​time beggars.


Thanks to industrial revolution and trade, economic growth in the West accelerated to historically unprecedented levels. Over the course of the 19th and 20th centuries, real incomes in the West increased fifteen‐​fold. But the chasm that opened up as a result of the Western take‐​off is now closing. 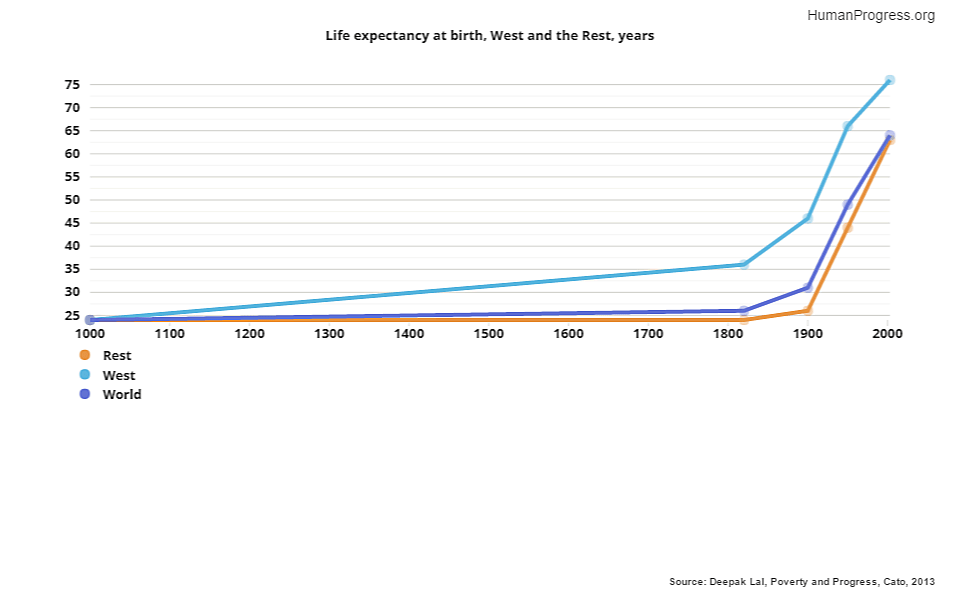 The rise of the non‐​Western world is, unambiguously, a result of economic growth spurred by the abandonment of central‐​planning and integration of many non‐​Western countries into the global economy. After economic liberalization in China in 1978, to give one example, real incomes rose thirteen‐​fold.


As Princeton University Professor Angus Deaton notes in his book The Great Escape, “[T]he rapid growth of average incomes, particularly in China and India, and particularly after 1975, did much to reduce extreme poverty in the world. In China most of all, but also in India, the escape of hundreds of millions from traditional and long established poverty qualifies as the greatest escape of all.”