Earth Day’s Anti‐​Humanism in One Graph and Two Tables

Here, courtesy of Cato’s www​.Human​Progress​.org, is the quintessence of Earth Day’s anti‐​humanism. Botswana and Burundi started off as equally poor. In 1962, their GNI per capita was a paltry $70 per person.


By 2012, Botswana’s income per person rose by some 10,829 percent to $7,650. Burundi’s rose by mere 243 percent to $240. Botswana is an African success story, while Burundi is a failure–that is, if you judge the two countries by their income and, consequently, their standards of living.


As my colleague Pat Michaels noted earlier, growing wealth necessitates higher carbon emissions in the short or medium term, but greater prosperity enables people to become both greener and more energy efficient in the long term. Denying cheap energy to the developing world will trap hundreds of millions of people in poverty and lead to more humanitarian disasters. 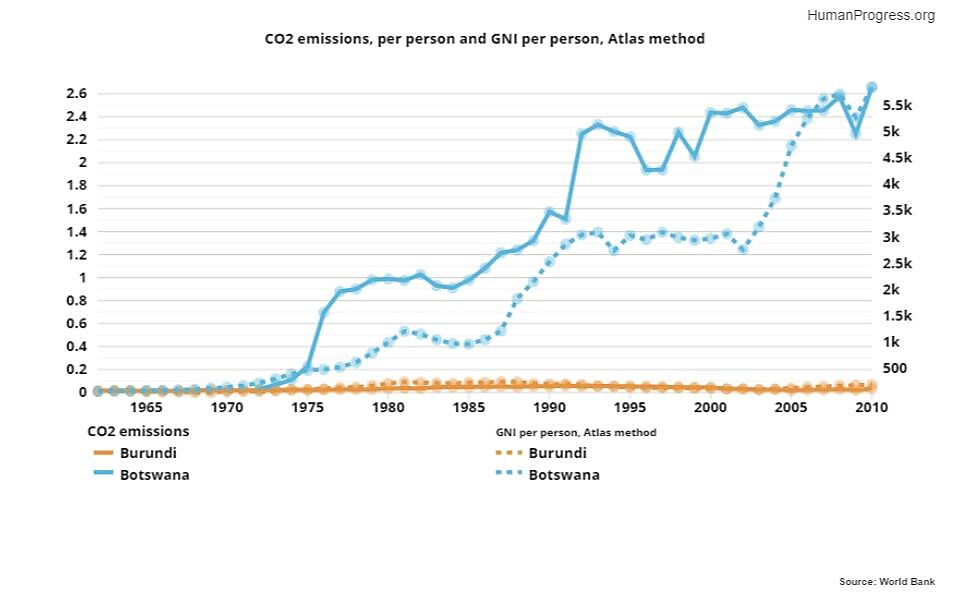 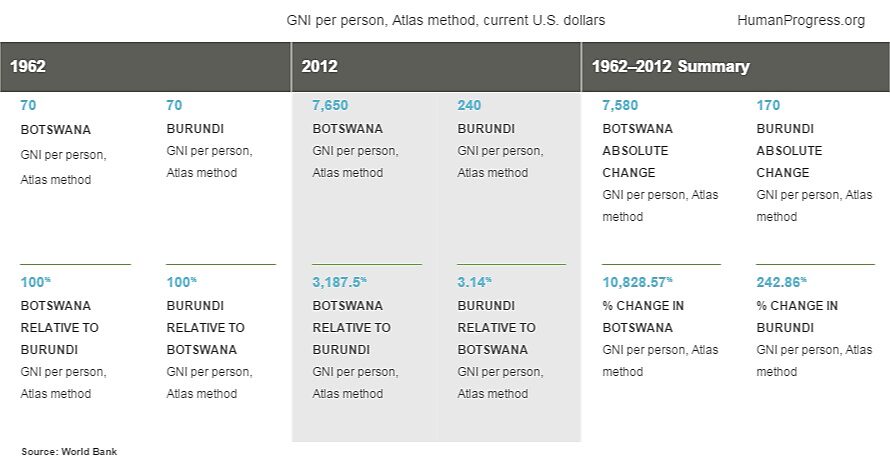