The Duration of Iran’s Hyperinflation?

Since I first estimated Iran's hyperinflation at 69.6% per month, many people have asked, how long will it last? To answer that question, I have posted my "Hanke Chart of the Day" and will let the data speak for themselves. 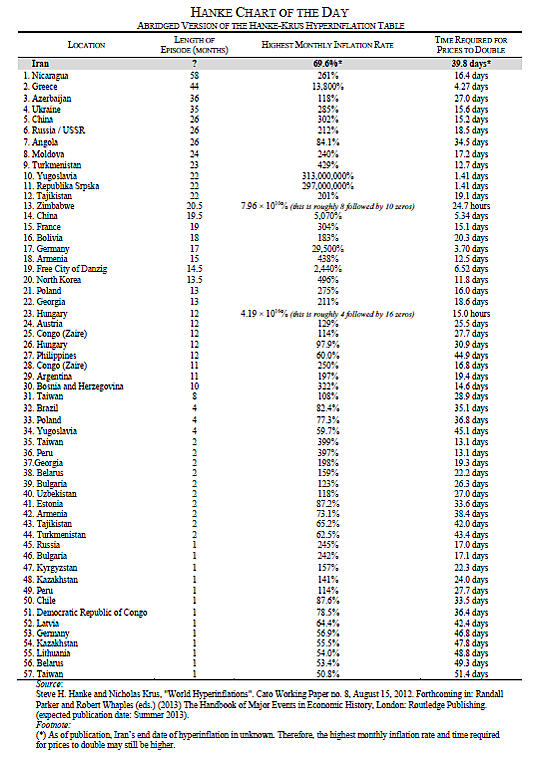 On second thought, perhaps I should offer some "tweet-able"  hyperinflation-duration takeaways:

When it comes to Iran and the probable duration of its hyperinflation, the specter of  "a horrible end" or "a horror without end" comes to mind.