Duncan: “I’m a big fan of choice and competition” 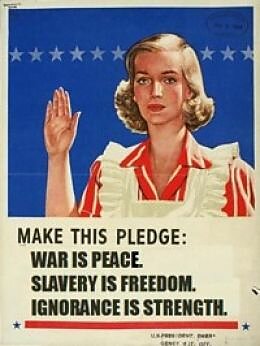 How does U.S. Secretary of Education Arne Duncan live with what must be some of the most painful cognitive dissonance in the history of mankind? I mean how, fresh off of doing all he could to make even more untimely the untimely death of the D.C. voucher program — and opposing private school choice generally — could Duncan say this in a new Time interview:

I’m a big fan of choice and competition, and in our country, historically, wealthy families have had a lot of options as to where to send their children. And families that didn’t come from a lot of money had one option — and usually that option wasn’t a good one. The more options available, the more we give parents a chance to figure out what the best learning environment is for their child.

How could Duncan say all this great stuff about competition and maximizing choice right after what he’s done to private school choice — which maximizes options for the very poor who have typically had none — in the nation’s capital? It is simply impossible to reconcile the words and actions.


Unless, that is, the words don’t really mean what the words, to a normal person, really mean. And to Duncan — like lots of political creatures – they don’t. He offered those gushing words of love for choice and competition in response to a question about charter schools, and in continuing to answer the question went right into this:

To me it’s not about letting a thousand flowers bloom. You need to have a really high bar about whom you let open the charter school. [You need] a really rigorous front‐​end competitive process. If not, you just get mediocrity. Once you let them in, you need to have two things. You need to give those charter operators great autonomy — to really free them from the education bureaucracy. You have to couple that with very strong accountability.

And finally, it is clear how Duncan twistedly reconciles both killing school choice and competition, and loving school choice and competition: It is all about who is doing the choosing. If schools and potential schools have to compete for the approval of government — of the same smarter‐​than‐​thou, bureaucratic apparatchiks who have given us atrocious public schools for decades — then that’s competition Duncan can embrace. But compete based on the approval and demands of the people the schools are actually supposed to serve, the people most interested in schools performing to high standards? In other words, compete for the approval and business of parents, especially without the choices first being fully vetted and approved by parents’ government betters? Well, that just shouldn’t be any choice at all!