Dr. Frankenstein on His Creation: It’s All The Monster’s Fault 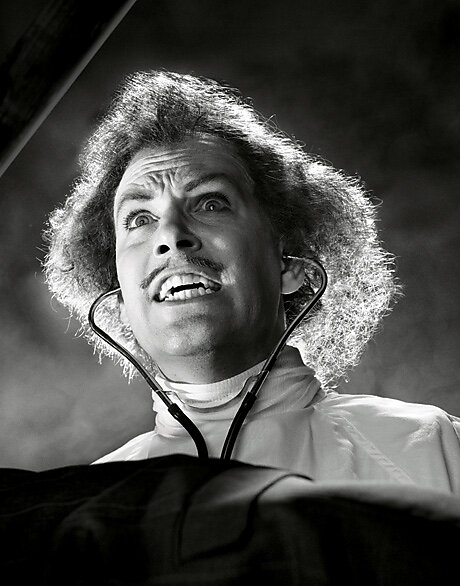 As I have explained on numerous occasions, supporters of the Student Aid and Fiscal Responsibility Act (SAFRA) -- which would end federal guaranteed student loans, turn everything into lending direct from Uncle Sam, and spend the resulting savings and way much more -- have often shamelessly promoted the bill as a boon to taxpayers when it will almost certainly cost them tens-of-billions.  Where they have generally been right is in rebutting criticisms that SAFRA would be a federal takeover of a private industry. With lender profits all but assured under federal guaranteed lending, the vast majority of student loans haven't been truly private for decades.

Unfortunately, SAFRA advocates are just as clueless -- or, more likely, rhetorically unbridled -- about what constitutes a private entity as are status-quo supporters. Case in point, an article in today's Huffington Post that, along with U.S. Secretary of Education Arne Duncan, attempts to portray the suddenly rocky road ahead for SAFRA as a result of evil lender lobbyists dropping boulders in the selfless legislation's way:

Taking aim at Sallie Mae, the largest student lender in the country and a driving force behind the lobbying effort, Education Secretary Arne Duncan on Tuesday accused the company of using taxpayer funds to lobby and advertise, and cast its executives as white-collar millionaires uninterested in serious education reform.

"Sallie Mae executives have paid themselves hundreds of millions of dollars in the last decade while teachers, nurses, and scientists -- the backbone of the new economy -- face crushing debt because of runaway college tuition costs," Duncan said.

Here Sallie Mae is painted in the same ugly hues as Lehman Brothers, AIG, and all the other supposedly rapacious, unscrupulous companies whose unchecked greed, we're told, brought the American economy to its knees. (We also get the baseless but obligatory pronouncement about "crushing debt" for teachers and other toilers for the "public good.")

But wait! Doesn't  "Sallie Mae" sound a lot like"Fannie Mae" and "Freddie Mac"? Of course! That's because just like Fannie and Freddie, Sallie was created by the federal government,  only with Sallie's job being to furnish lots of cheap college loans. And guess what? Just like Fannie and Freddie, Sallie became by far the biggest kid on her block because her huge federal creator fed her and protected her for decades, not setting her off on her own until 1996. But that part of her story doesn't fit anywhere into the evil corporation narrative, so it's just not mentioned.  All we need to know is Sallie is private, her owners and employees make a lot of money, and that is why she is evil and dangerous.

And so the politics of demonization and denial, a staple of the recession blame game, continues. Private institutions are portrayed as malevolent predators and government as a warm, pure, protective father-figure. But there is much more accurate imagery possible when it comes to Sallie Mae: Egomaniacal Dr. Frankenstein furiously blaming the monster he created for doing exactly what he built it to do.

And some wonder why there's such widespread outrage -- the real reason SAFRA is in trouble -- about ever-expanding federal power?