As any pedantic patriot can tell you, there’s really no such thing as “Presidents’ Day”--the official name for the federal holiday we celebrated on Monday is “Washington’s Birthday.” And it wasn't the first president’s actual birthday, which is today, February 22.

Washington had his faults, but, especially when compared to most of those who followed him, he provided an admirable model of probity and restraint. The teenage Washington copied in his own hand 110 precepts on etiquette: “The Rules of Civility and Decent Behavior in Company and Conversation,” and, as I noted recently, they make for a pretty stark contrast with the deportment of 1600 Pennsylvania's current occupant. So, in honor of Washington's (actual) Birthday, contemplate the distance between our first president and our 45th, with a selection of Washington's "Rules"--and Trump's:

Shew Nothing to your Freind that may affright him.

Speak not when you Should hold your Peace

do not Presently play the Physician if you be not Knowing therein.

Undertake not what you cannot Perform but be Carefull to keep your Promise.

Reproach none for the Infirmaties of Nature, nor Delight to Put them that have in mind thereof.

Trump: “Look at that face! Would anyone vote for that? Can you imagine that, the face of our next president?" (on Carly Fiorina)

In writing or Speaking, give to every Person his due Title According to his Degree & the Custom of the Place.

When in Company, put not your Hands to any Part of the Body, not usualy Discovered.

wherein you reprove Another be unblameable yourself; for example is more prevalent than Precepts.

Be not hasty to beleive flying Reports to the Disparag[e]ment of any. 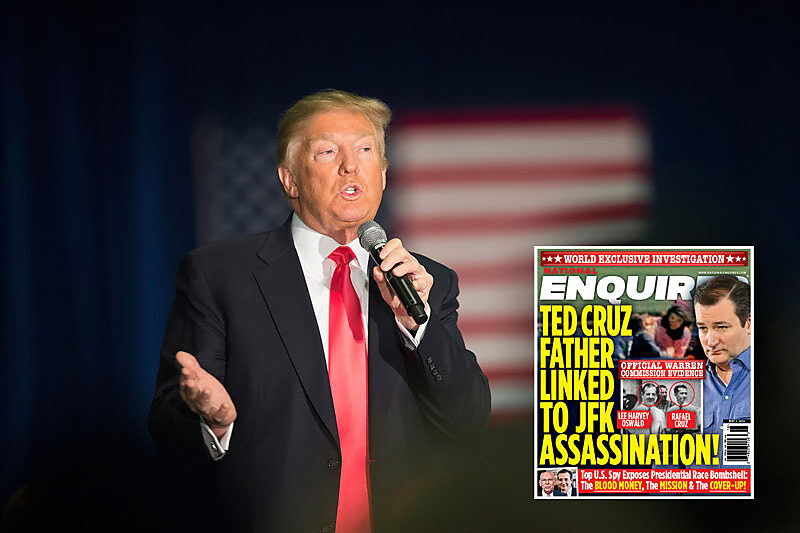 Being to advise or reprehend any one, consider whether it ought to be in publick or in Private... & in reproving Shew no Sign of Cholar but do it with all Sweetness and Mildness.

When a man does all he can though it Succeeds not well blame not him that did it.

Trump: “He’s not a war hero. He’s a war hero because he was captured. I like people that weren’t captured, OK? I hate to tell you" (on Sen. John McCain)

Be not immodest in urging your Freinds to Discover a Secret.

Be not apt to relate News if you know not the truth thereof.

A Man o[ug]ht not to value himself of his Atchievements, or rare Qua[lities of wit;

...much less of his rich]es

Trump: “part of the beauty of me is that I’m very rich”

Labour to keep alive in your Breast that Little Spark of Ce[les]tial fire Called Conscience.

Trump: I’m really not a bad person, by the way. No, but the tone is such — I do get good ratings, you have to admit that" (last Friday's press conference)