In 2017, nearly 11,000 people were killed in alcohol-impaired-driving accidents, meaning that drunk driving is responsible for almost 29 percent of all traffic deaths. The National Highway Traffic Safety Administration (NHTSA) estimates that alcohol-related deaths in 2017 were highest in Texas, California, and Florida – three states with large illegal immigrant populations as well as large populations in general. If illegal immigrants are more likely to be drunk drivers, places with larger illegal immigrant shares of the population will have more alcohol-related traffic deaths. Below, we examine whether this is the case.

We collected raw data on traffic deaths from the NHTSA Fatality Analysis Reporting System (FARS) database for the 2010-2017 period. The FARS data provide comprehensive records on deaths in motor vehicle crashes, including details on drivers, victims, and details of the crash. To determine whether deaths were the result of alcohol impairment, we use data on drivers’ blood alcohol concentrations (BACs) and whether the police reported alcohol involvement through FARS. All 50 states and the District of Columbia passed laws setting the legal BAC limit at 0.08g/DL, so we adopt this same threshold for our filters. Since the NHTSA uses methods to impute missing BAC values, we were not able to replicate their annual estimates exactly. However, our figures using the two previous filters yield very similar results. For instance, NHTSA estimates a total of 10,874 alcohol-related deaths in 2017 and our filtering method yields 10,850 – a difference of just 0.22 percent. We aggregated these data up to the state-year level.

To test whether larger illegal immigrant population shares correlate with increased deaths in drunk driving accidents, we ran two-way fixed effects regressions that regress the log traffic death rate per 100,000 on the population share of illegal immigrants and Hispanic noncitizens by state. State fixed effects account for level differences across states, such as state drinking culture, while year effects control for national trends affecting all states such as secular changes in road injuries. Standard errors in each regression are clustered by state to account for arbitrary autocorrelation in the error term. 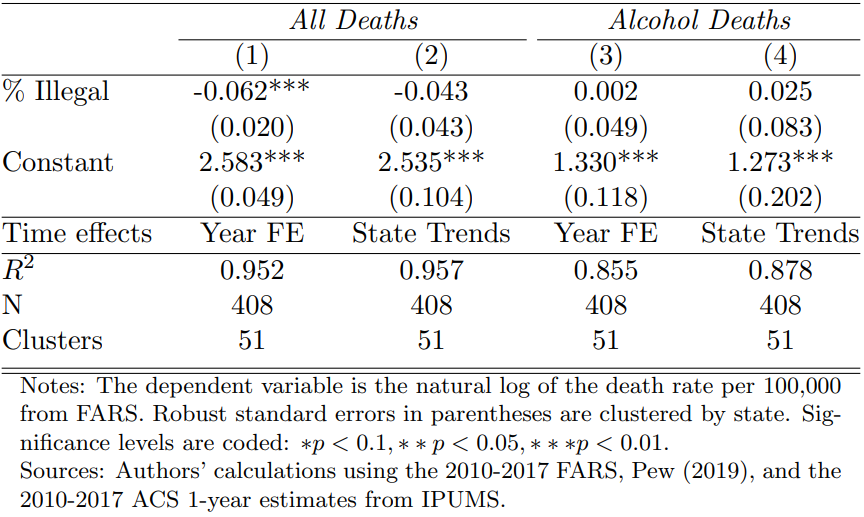 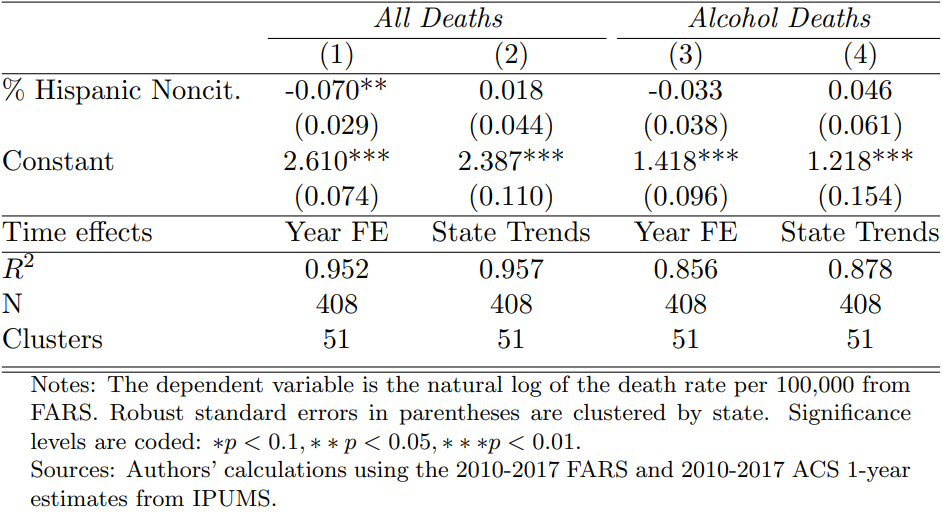 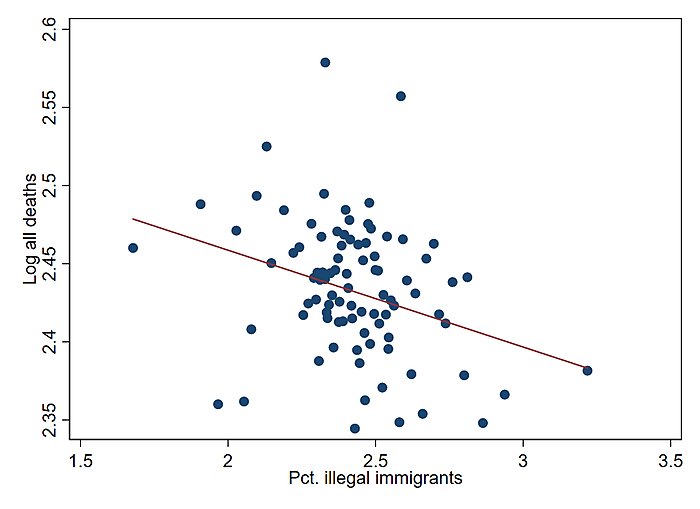 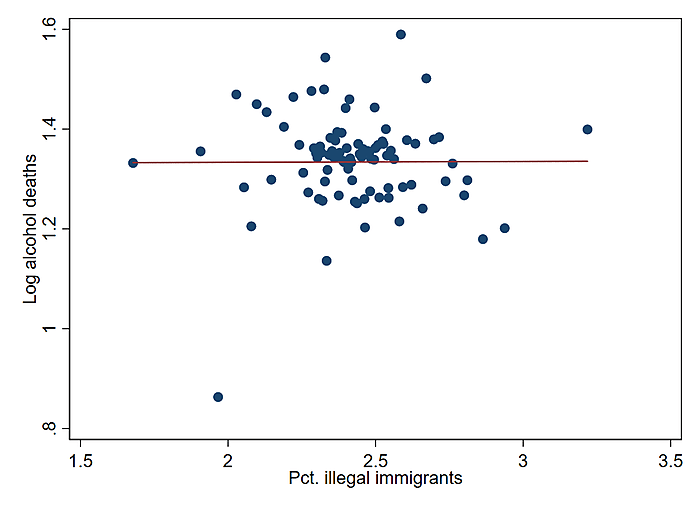 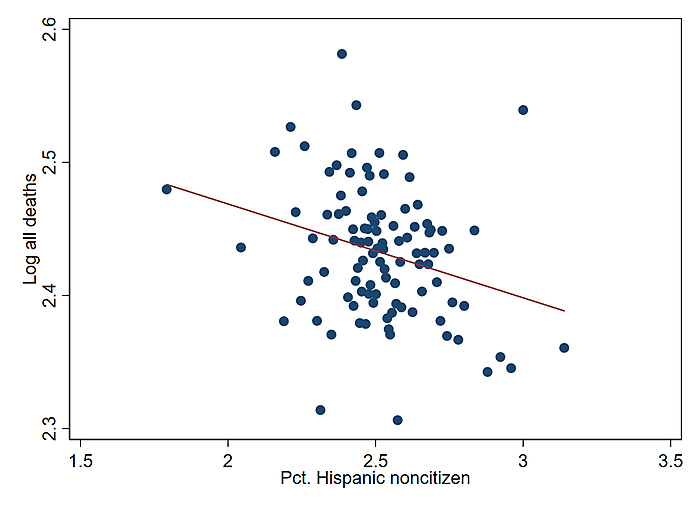 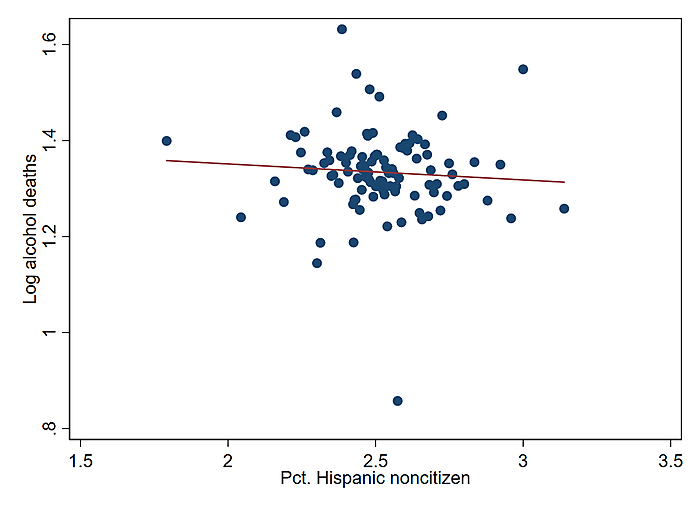