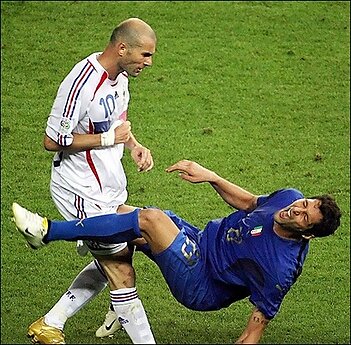 When I first started arguing that now is the time to press the case for eliminating the U.S. Department of Education, I noted that the biggest obstacle to scaling down fed ed has long been the cheap‐​shot smearing of would‐​be downsizers. Today, I want to thank Kevin Carey, Policy Director at the think tank Education Sector, for brilliantly illustrating that very unsightly strategy.


Writing on Education Sector’s blog yesterday, Carey ripped into a post I put up that morning, a post that primarily linked to a call to abolish ED from a left‐​leaning educator. Carey’s rejoinder: Basically, Cato hates public education, and there’s a whole lotta crazy goin’ on:

The Cato Institute is dedicated to creating “a future where government‐​run schools give way to a dynamic, independent system of schools competing to meet the needs of American children,” i.e. destroying public education as we know it. As such, Cato wants to abolish the U.S. Department of Education. This fringe notion was first advanced by Ronald Reagan, until A Nation at Risk was published and the Great Communicator abruptly made an about‐​face and became very interested in an expanded federal role in K-12 policy as way to appeal to moderate voters in the 1984 election. The idea come up again a decade later during the brief rise of Gingrichism before fading into deserved obscurity for the next 15 years.


Then Tea Party candidates like Sharron Angle revived the kill Education platform, based on a general antipathy toward the federal government combined with not knowing anything about education.…


So now reporters are calling me all the time asking me whether to take this stuff seriously. The answer is: No. Do not take it seriously. Nobody is shutting down the U.S. Department of Education. If one thing is sure in this life, one certainty that can be clung to like a rock in a storm, it’s that Congressional Republicans don’t actually want to shrink the size of the federal government, reduce the deficit, or cut federal programs in any meaningful way, particularly programs that enjoy broad public support as education programs do.


That plain fact, however, hasn’t prevented Cato’s education analysts from excitedly suggesting that the Department of Education abolition movement is on the rise. Few have joined their cause, because few people want to destroy public education as we know it. However, today Cato’s Neal McCluskey identified an ally in the reactionary anti‐​reform left.…

There you have it: if you were wondering who besides the Cato Institute, an organization dedicated to applying principles of extreme privatization to all walks of public life, is out there enough to abolish the Department of Education — well, now you know.


That said, beyond the “There will always be strange bedfellows in Crazy Town” aspect of this, it does raise the interesting question of whether the NEA and other hardcore anti‐​accountability / anti‐​charter / anti‐​testing / anti‐​merit pay / anti‐​TBD people would be willing to join forces with Congressional Republicans to visit some kind of serious harm on the federal education framework of standards, testing, and accountability.


Let’s start with what’s not in Carey’s big bag o’ belittling: substance. At the root of my argument for eliminating ED is the reality that federal intervention in education has produced little by way of educational improvement while costing significant amounts of money. It is also of highly questionable constitutional validity. So my argument isn’t driven by blind ideology, or just plain wackiness, but serious policy concerns, foremost of which is that ED isn’t actually good for education — which is our main concern, right? — or the country. But those concerns are nowhere mentioned in Carey’s post, and he implies that if you share my opinion, as Sharron Angle does, you probably know nothing about education.


Carey’s dismissal of George Wood, whose blog post is the heart of the entry I wrote that sent Carey over the edge, is similar. Wood makes very logical arguments for why ED is a net loss and should be absorbed into a department like Health and Human Services. I don’t agree with all of his reasoning, but it clearly shows logical thinking about why ED should go. Carey’s response: Forget your arguments, you belong in “Crazy Town” with McCluskey.


How about the stuff that is in Carey’s post?


First, there’s the usual attack that Cato‐​types are nutty fringers who want to destroy “public education.” As I have (obviously ineffectually) tried to explain to Carey before, I am not against public education, in which government ensures that everyone can access education. I am against public schooling, in which government runs the schools. This gets directly to the bedrock question of how best to operate education in a free society, as well as make schooling work primarily for parents and kids. And contrary to the connotation of phrases like “destroying public education as we know it,” government run schooling with a huge federal presence has hardly been the standard for most of American history.


Here’s another bit of history Carey misrepresents. He suggests that Ronald Reagan’s efforts to abolish ED in the early 1980s were part of a “fringe notion” that there shouldn’t be an ED. That’s a little hard to take, considering that ED was created by legislation signed in 1979, and didn’t start functioning until 1980. Oh, and the final House vote on the Department? It won by a scant 4 votes, 210 to 206. And heck, even American Federation of Teachers President Albert Shanker opposed the new Department. So yeah, very fringy.


Where Carey does make sense is in his argument that for political reasons it is not very likely that the Department of Education will be abolished. “If one thing is sure in this life,” he writes, “it’s that Congressional Republicans don’t actually want to shrink the size of the federal government, reduce the deficit, or cut federal programs in any meaningful way, particularly programs that enjoy broad public support as education programs do.”


Carey is far too certain about what’s in Congressional Republicans’ hearts — I bet many really do want to shrink government and reduce the deficit — but based on recent history it’s certainly reasonable to be dubious that as a group they’ll do those things. But I have never said anything different — indeed, I fully acknowledged the political obstacles:

Yesterday, Tad DeHaven wrote about an interview with Rep. John Kline (R-MN), likely chairman of the House Education and Labor Committee should the GOP take the House majority. Tad lamented that Kline seemed to declare any potential effort to kill the U.S. Department of Education (ED) already dead in the water. Unfortunately, Kline is certainly right: Any effort to kill ED in the next couple of years would not only have to get through a (presumably) GOP‐​held House, but (also presumably) a Dem‐​controlled Senate and Obama‐​occupied White House. There just aint no way ED will be dismantled — and more importantly, it’s profligate programs eliminated — in that environment.


That said, if many Tea Party‐​type candidates win today, it will be precisely the time to start pushing the immensely powerful case for ending fed ed.

I have been very clear in stating that now is the time to start pushing in earnest to end ED, not that success is almost here. But that just doesn’t fit in the “Crazy Town” narrative, I guess.


Anyway, thanks to Kevin Carey for furnishing a terrific example of this most crucial of points: The federal education war is rarely fought with reason and evidence. No, cheap shots and demonization, sadly, are the weapons of choice.