While the Cypriot Parliament may be dragging its feet on a proposed rescue plan for Cyprus' banks, the country ultimately faces a choice between Brussels' bitter pill...and bankruptcy. Cyprus' newly-elected President, Nicos Anastasiades, has quite accurately summed up the situation:

"A disorderly bankruptcy would have forced us to leave the euro and forced a devaluation."

Yes, Brussels and the IMF have finally decided to come to the aid of the tiny island, which accounts for just 0.2% of European output -- to the tune of roughly $13 Billion. But, this bailout is different. Indeed, the term "bail-in" has emerged, a reference to the fact that EU-IMF aid is conditional upon Cyprus imposing a hefty tax on its depositors. Not surprisingly, the Cypriots, among others, are less than pleased about this so-called "haircut".

Still, the question lingers: Why now? The sorry state of Cyprus' banking system is certainly no secret. What's more, the IMF has supported a "bail-in" solution for some time. So, why has the EU only recently decided to pull the trigger on a Cyprus rescue plan?

One reason can be found by taking a look at the composition of Cyprus' bank deposits (see the accompanying chart). 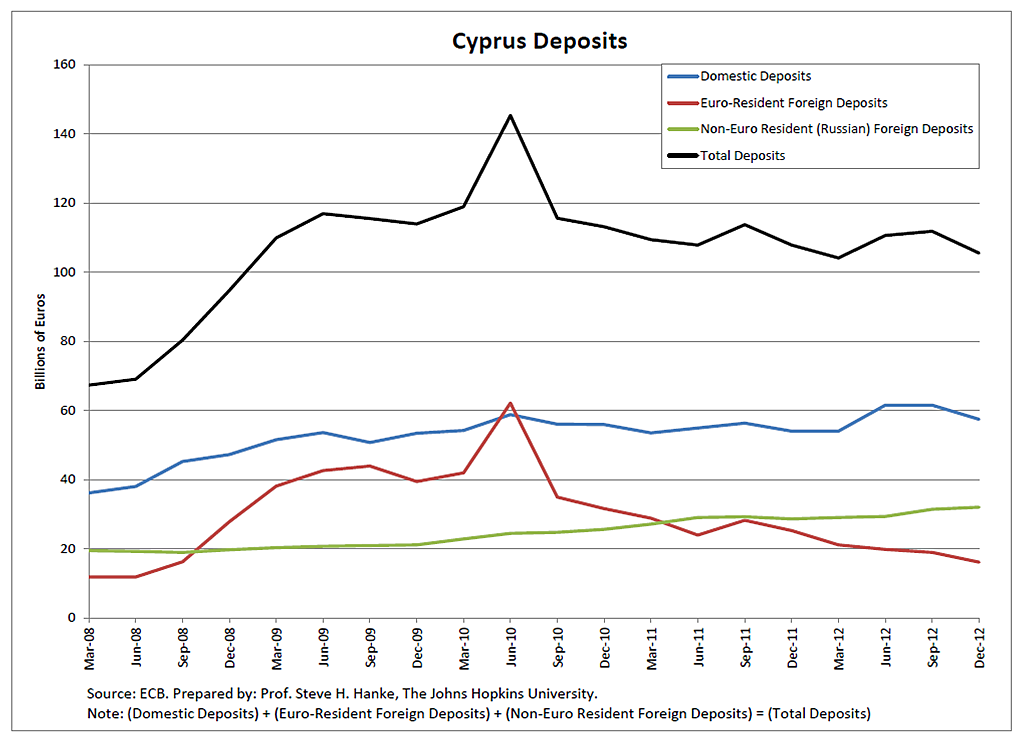 There are two main take-aways from this chart:

Perhaps a different "red telephone" from Moscow will be ringing in Brussels soon.