While a “cure for cancer,” is not yet in hand, it is probably not as far away as you think. As an article in yesterday’s Wall Street Journal shows, we are making tremendous strides in the fight against cancer.

Let us take a moment to look at the data and rejoice in the many lives saved by medical innovation. We focus on gains made against the top four deadliest cancers: lung cancer, bowel cancer, breast cancer, and prostate cancer. 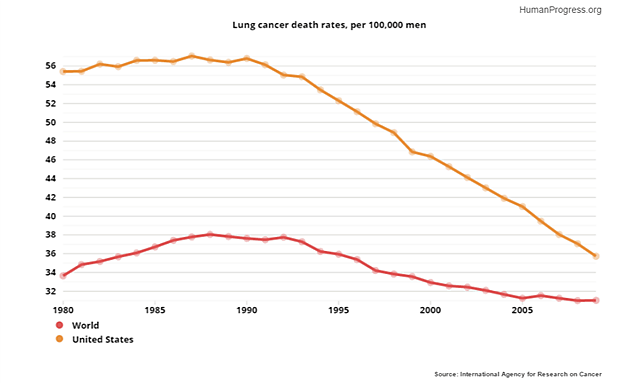 While the decline is global, the greatest gains can be seen in wealthy, developed countries like the United States. This is in part because, as HumanProgress.org advisory board member Matt Ridley notes, “In the western world we’ve conquered most of the causes of premature death that used to kill our ancestors,” and with old age comes an increased incidence of cancer, making gains against cancer more notable.

Next, consider how the death rate for the second deadliest cancer--colon or bowel cancer--has fallen in the developed world. 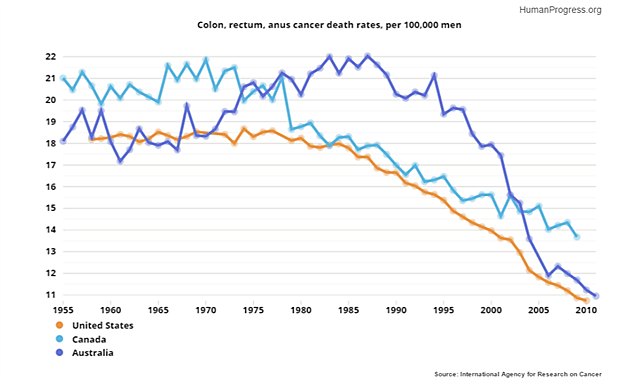 There has also been a steep decline in the breast cancer death rate per 100,000 women. The death rate for the third deadliest cancer held fairly steady from the 1950s through the early 1990s, when it began to plummet, and it has continued to fall ever since. 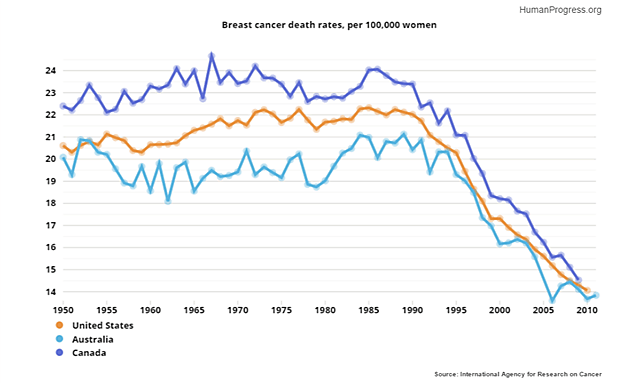 Finally, consider the similar drop in the death rate of prostate cancer, the fourth deadliest cancer. 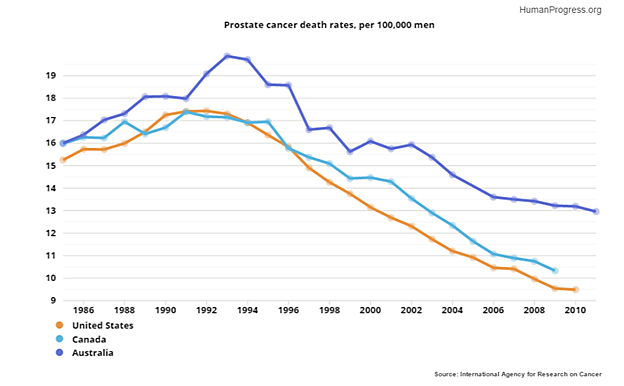 Innovation and the free market are helping to propel the medical advancements leading to falling cancer death rates. Some people believe that the modern lifestyle (e.g., drinking soda) causes cancer, but those claims are uninformed--most cancer is the result of bad luck. Instead of killing us, innovation is actually saving lives.

We have seen that cancer breakthroughs abound when regulation does not slow them down. To hurry along a cure for cancer, we need to let free innovation take its course.