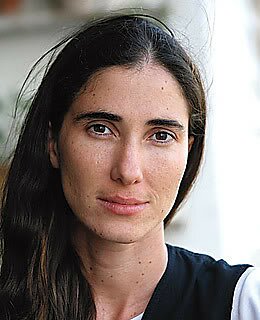 It’s the 490th anniversary of Havana today and the Cuban government has arranged for celebratory activities. Ordinary residents of Havana and all Cubans who cherish their civil and human rights have less to celebrate, however, as Cuban blogger Yoani Sanchez regularly reminds us. Sanchez has become a major irritant of the regime because of her penetrating posts about the absurdities and injustices of everyday life in communist Cuba. You can see her blog in Spanish here, and in English here.


Just over a week ago, in an incident that was widely reported in the international press and that reveals the threat to the Cuban regime of the growing Cuban blogger movement, Sanchez was assaulted in Havana by plain‐​clothed government agents. Though she was forcefully beaten, she and her friends managed to fight back and get away. More than that, they took pictures of their assailants and of the incident for posting on the blog, prompting the government thugs to leave the scene. One photo of an agent features the caption “She is covering her face…Perhaps afraid of the future.” Another photo features Sanchez pursuing her assailants with the caption: “They have watched us for decades. Now we are watching them.” Very smart.


As it happens, last week we posted a beautifully written paper by Sanchez (in Spanish) on Cato’s Spanish‐​language web page, www​.elca​to​.org. (The paper just won a prize in an essay contest in Mexico organized by TV Azteca at which my Cato colleague Juan Carlos Hidalgo was a judge.) Her essay, “Liberty as a Form of Payment,” describes the fraudulent deal that Castro promised when he came to power. In exchange for liberty, Cubans would be better off culturally, economically, and in other ways. Sanchez describes the reality of social control under communist Cuba in which the real exchanges occur as a consequence of the power relationship. Access to housing, jobs, new goods, and the possibility of minor improvements in life, all depend on a well documented support of the revolution through attendance of mass meetings and membership in the communist party, for example.


Or through personal relationships with those in power. Sanchez describes how young women long ago began prostituting themselves to high ministry or military officials in exchange for non‐​monetary goods or privileges. Such “courtesans of socialism” later turned to traditional prostitution with the arrival of currency convertibility in Cuba. Sanchez also optimistically describes the role that technology, especially the internet, is playing in creating spaces of liberty. In a country where people increasingly feel the regime’s days are numbered, such exercises of personal freedom can be powerful.