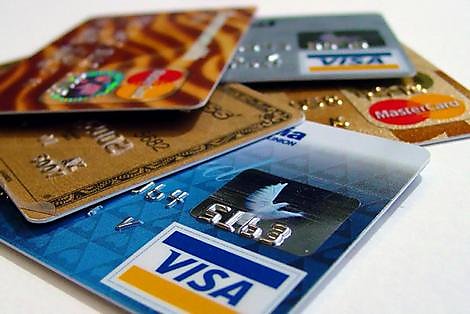 I want to pitch to the credit card and financial industry a new innovative online survey. It is targeted for older, more mature long‐​time users of our services. We’ll give a $10 credit for anyone who completes it. Here is a sense of what the questions will look like:


— 1) What is your age?
— 2) What day of the week are you taking this survey?
— 3) Many rewards offered are for people with more active lifestyles: vacations, flights, hotels, rental cars. Do you find that your rewards programs aren’t well suited for your lifestyle?
— 4) What is the current season where you live? Are any seasons harder for you in getting to a branch or ATM machine?
— 5) Would rewards that could be given as gifts to others, especially younger people, be helpful for what you’d like to do with your benefits?
— 6) Would replacing your rewards program with a savings account redeemable for education for your grandchildren be something you’d be interested in?
— 7) Write a sentence you’d like us to hear about anything, good or bad!
— 8 ) How worried are you you’ll leave legal and financial problems for your next‐​of‐​kin after your passing?


Did you catch it? Questions 1,2,4,7 are taken from the ‘Mini‐​mental State Examination’ which is a quick test given by medical professionals to see if a patient is suffering from dementia. (It’s a little blunt, but we can always hire some psychologist and marketers for the final version. They’re cheap to hire.) We can use this test to subtly increase limits, and break out the best automated tricks and traps mechanisms, on those whose dementia lights up in our surveys. Anyone who flags all four can get a giant increase in balance and get their due dates moved to holidays where the Post Office is slowest! We’d have to be very subtle about it, because there are many nanny‐​staters out there who’d want to coddle citizens here…


I smell money — it’s like walking down a sidewalk and turning a corner and then there is suddenly money all over the sidewalk. One problem with hitting up sick people, single mothers, college kids who didn’t plan well and the cash‐​constrained poor with fees and traps is that they’re poor. Hitting up people with a lifetime of savings suffering from dementia is some real, serious money we can tap as a revenue source.

Clearly, only an evil person (or a libertarian!) would allow a scam like this one. Megan responds, I think rightly:

I’m not sure why this is supposed to be a hard question for libertarians. I mean, I might argue that preventing people from ripping off the marginally mentally impaired would, in practice, be too difficult. Crafting a rule that prevented companies from identifying people who are marginally impaired might well be impossible — I’m pretty sure that if I wanted to, I could devise subtler tests than “What day of the week is it?” And while the seniors lobby is probably in favor of not ripping off seniors, they’re resolutely against making it harder for seniors to do things like drive or get credit, which is the result that any sufficiently strong rule would probably have.


But it’s pretty much standard libertarian theory that you shouldn’t take advantage of people who do not have the cognitive ability to make contracts. Marginal cases are hard not because we think it’s okay, but because there is disagreement over what constitutes impairment, and the more forcefully you act to protect marginal cases, the more you start treating perfectly able‐​minded adults like children.


The elderly are a challenge precisely because there’s no obvious point at which you can say: now this previously able adult should be treated like a child. Either you let some people get ripped off, or you infringe the liberty, and the dignity, of people who are still capable of making their own decisions.

I’d add two responses of my own.


First, I can’t believe there’s all that much money to be had here. Anyone who wanders into Tiffany’s and back out again without remembering what they bought is, generally speaking, a bad credit risk. Mildly irresponsible people — those who slightly overspend, then have to make it up later — those are probably great for creditors. Lesson learned: If you’re not demented, don’t be irresponsible. (If you are demented, you’re not going to follow my advice anyway.)


Second, I am always amazed at how border cases are dragged out, again and again, as if they proved something against libertarianism. Border cases — How old before you can vote? How demented before a contract doesn’t bind? — are a problem in all political systems, because all systems start with a presumed community of citizens and/​or subjects. We always have to draw boundaries between the in‐​group and the outliers before we have a polity in the first place.


What makes the classical liberal/​libertarian approach so valuable is in fact that it draws so few boundaries. Where other systems depend on class boundaries, race boundaries, religious boundaries, and so forth — with annoying boundary issues at every stop along the way — libertarians make it as simple as I think it can be. We presume that all mentally competent adults are worthy of liberty until they prove themselves otherwise.


The boundary cases are still there, but they are fewer and more tractable. Konczal just wandered into one of them. It proves much less than he thinks.